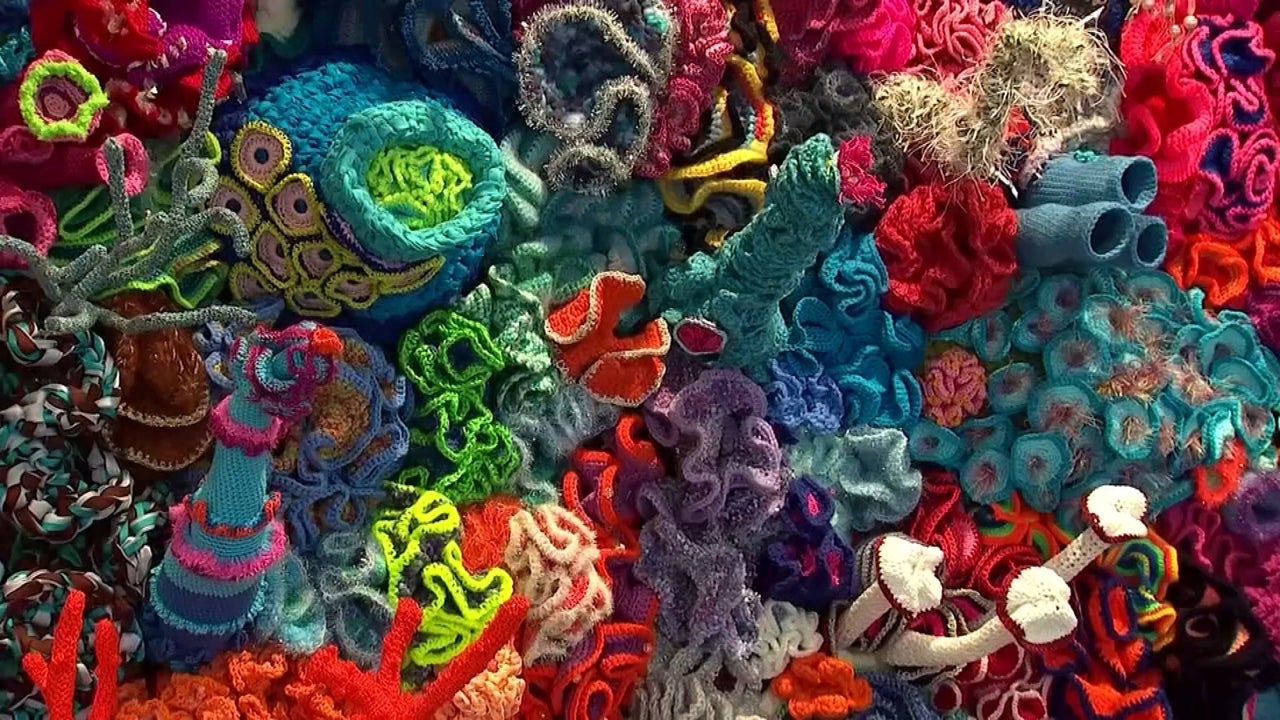 Coral reefs are under threat due to climate change, so a group of artists used yarn to raise awareness about the issue.

The Crochet Coral Reef Project is a traveling art exhibit that recreates the beauty of ocean coral reefs using one of the oldest crafts in the world: crochet. The artists behind the project are also working to raise awareness of the disappearance of precious coral reefs.

Tens of thousands of people lent their crochet skills to create this one-of-a-kind art project.

“When we started the project in 2005, and we put out a little call on our website inviting people to participate with us, I think we thought maybe 20, 30, 40 people would end up joining us in this strange fusion of math and science and art and craft,” artist Margaret Wertheim explained. “And today it’s over 20,000 people, and I think we would never have could conceive of this.”

A United Nations-backed study says 14% of the world’s coral reefs were lost between 2008 and 2018. That’s enough coral to equal an area two and a half times the size of Grand Canyon National Park.

Like the ocean, artists and sisters Margaret and Christine Wertheim say the Crochet Coral Reef project is constantly evolving.

They hope it will inspire people to take action on climate change so their hook reef isn’t the only coral reef humans can see.