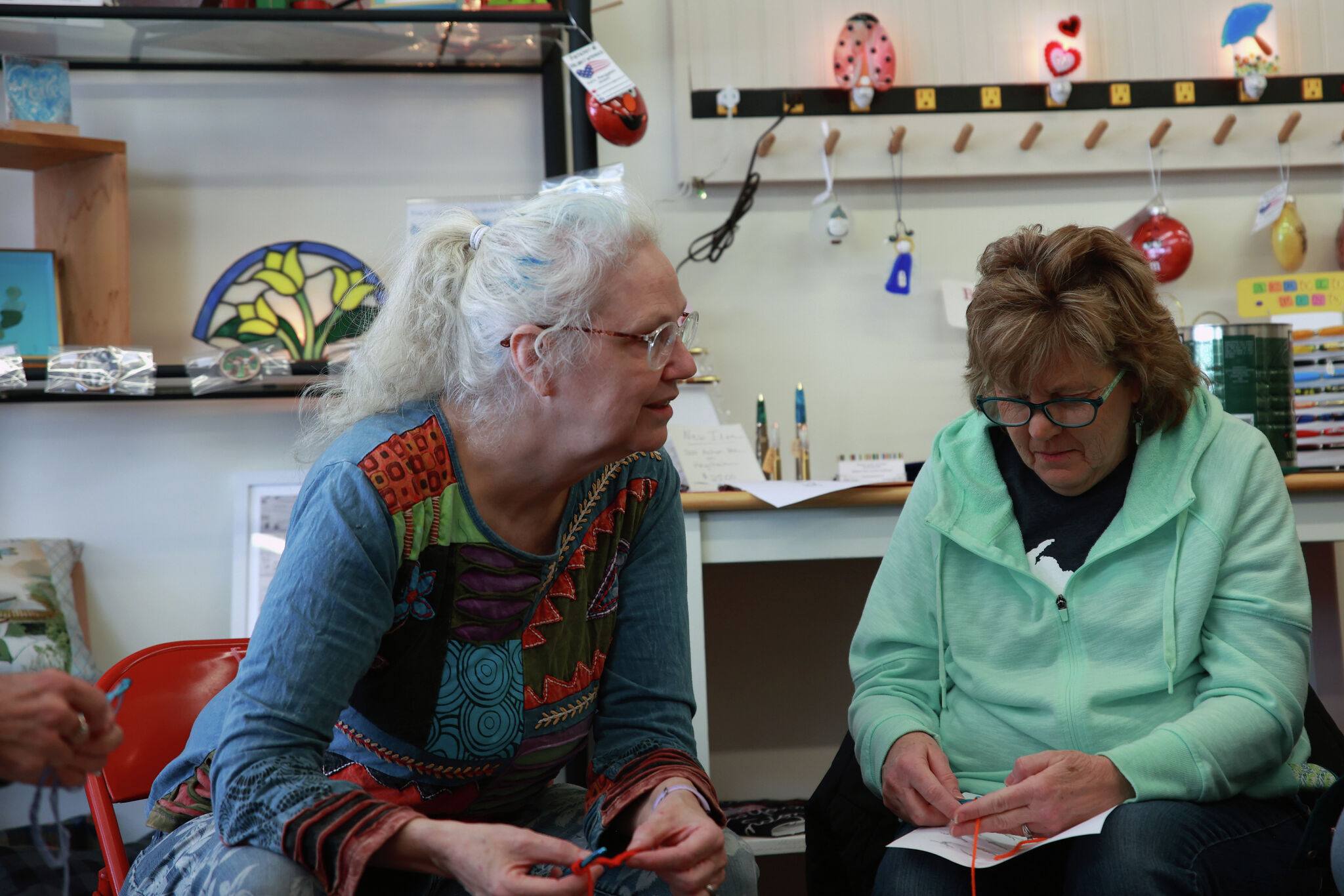 A former computer teacher shares his passion for crochet

KALEVA — Georgia Brown crocheted all her life but never made a career out of it.

She was a computer science teacher in western Illinois before retiring and moving with her husband to Kaleva. Brown is originally from Michigan and grew up in Beaverton. Now she teaches others how to crochet.

Among the things Brown likes to crochet are amigurumi dolls, a particular style of Japanese crochet that makes little creatures out of yarn.

On Saturday morning, Brown gave a crochet class to three students from the Kaleva Art Gallery. One of the class members was fellow gallery artist Sherry Boer, who makes jewelry and some of the coffee mugs sold in the gallery.

Brown also noted that one of the main differences between crocheting and knitting is that crocheting uses a metal hook whereas knitting uses a needle.

“The reason I decided to take the course now, in particular, is because it’s getting so popular,” Brown said. “It’s kind of high art, high fashion, if you look at the catwalk stuff, a lot of the designers are crocheting. And there’s been a lot of news – if you read that kind of news – about people who steal crochet patterns, and then make money from them or companies that make what they claim to be crochet, and sell it as crochet, but that’s not because crochet (can’t be done on a machine), the knitting you could do on a machine.

“You can do a chunky knit sweater. You can do it crochet, but you can also do a kind of crocheted cotton bikini. And there’s no way to do it that I know of in knitting,” Brown said. .

She also notes the tradition of crocheting and which many learn from their grandparents. She said crochet can connect young and old, noting that her grandmother taught her how to crochet. Brown also opened up about the things she wanted to crochet as a kid.

“My grandmother taught me (to crochet). I wanted to make Barbie doll clothes,” Brown said.

The Kaleva Art gallery is also celebrating its 25th anniversary and will host events throughout the year. Find more information at kalevamichigan.com/kaleva-art-gallery.