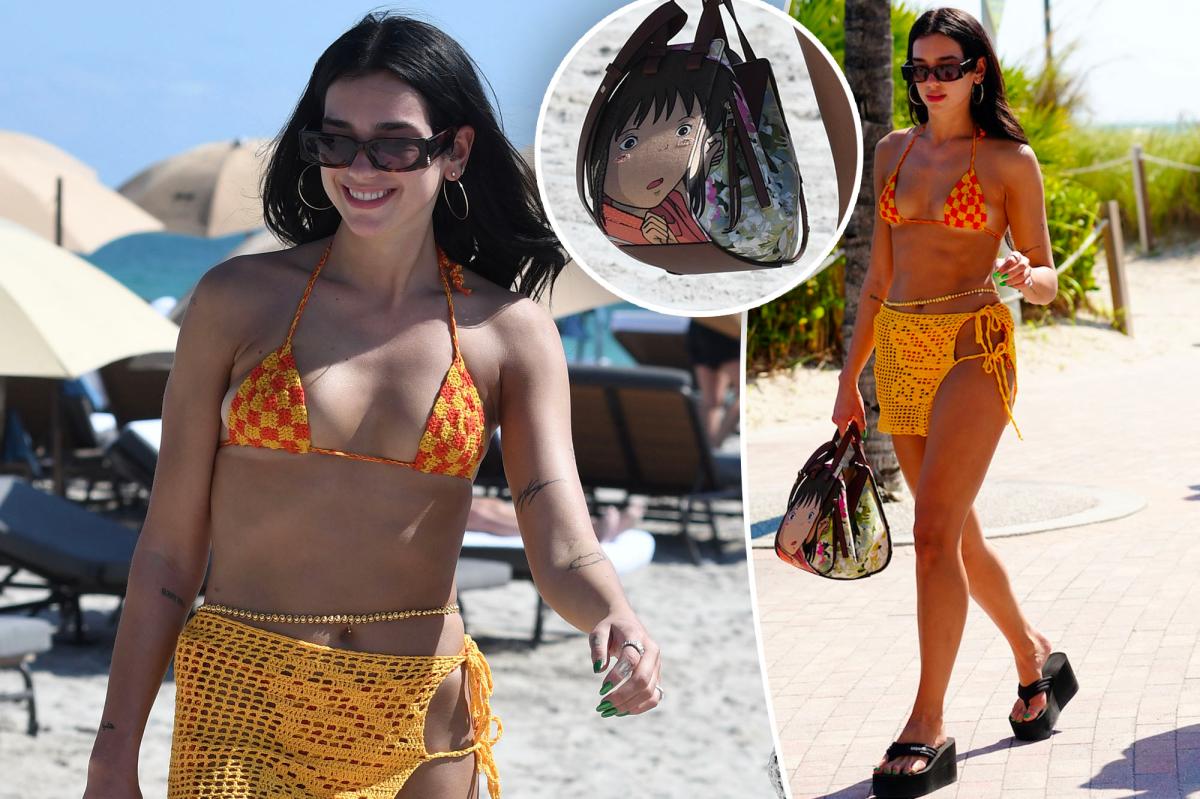 Dua Lipa pairs her crochet bikini with a $3,000 beach bag

After kicking off her Future Nostalgia Tour in Miami, Dua Lipa soaked up the sun Thursday in an orange plaid crochet bikini and Memorial Day tie-side miniskirt.

The Brooklyn-based brand’s colorful knit swimsuits, which are currently sold out but periodically released in limited quantities online, have also been spotted on Bella Hadid, Kylie Jenner, Rihanna and Ella Emhoff, making them a hot item. .

But the out-of-stock swimsuit wasn’t the only rare element of Lipa’s look; the 26-year-old “Levitating” singer also carried a sought-after bag from the Loewe x “Spirited Away” collaboration.

The tote, which originally retailed for $2,990 but quickly sold out when the collection was released in January, features the face of the young heroine from the 2001 Hayao Miyazaki film Spirited Away.

It’s a surefire way to turn heads near the shore.