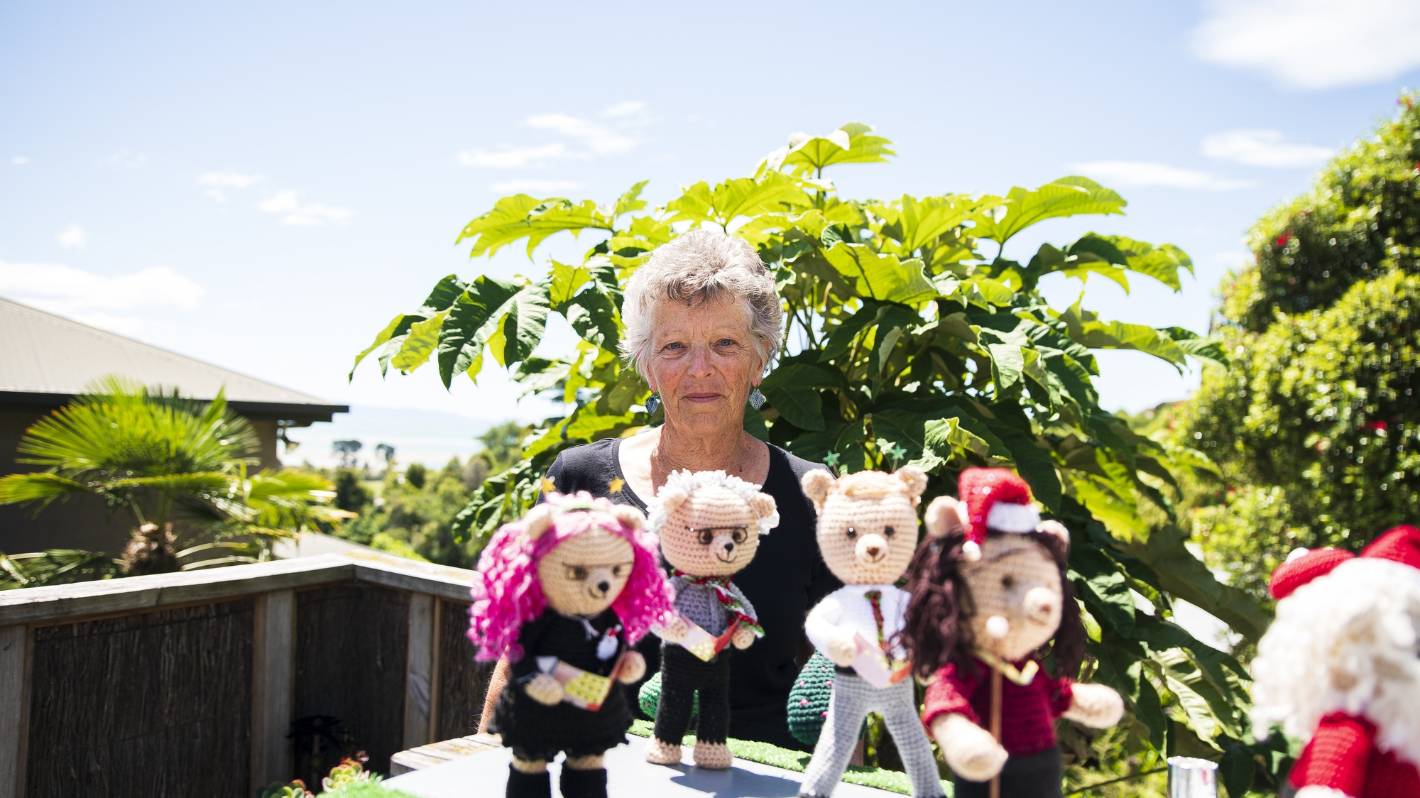 A giggle and a yarn of crochet creations

Nelson’s Ailys Tewnion loves the sounds of strangers laughing and chatting outside her fence.

And then there’s Covid-19 response minister Chris Hipkins in the group, standing there with his legs apart – after his infamous 2020 tongue slip.

Tewnion’s designs have drawn a lot of attention since she made her first bear during the Covid-19 lockdown in 2020 and put it on her front fence. He received such a positive response that she made more dolls and figurines to display in front of her property.

READ MORE:
* Students knit peggy squares for Timaru’s world record attempt
* The slip of the tongue from Chris Hipkins’ press conference was voted quote of the year
* During the Covid, spare a thought for the mental health of our leaders

People, admiring her joyful creations, left her notes and letters in her mailbox and even gave her boxes of chocolates.

In a single day, she had five blocks of chocolate left during the 2021 national lockdown when her crochet bears wearing a mask on skateboards were exposed.

Some people’s notes during the first lockdown were “pretty sincere”, she said.

“They felt really nervous and worried about what was going to happen.”

His final display of the Covid Choristers and other Christmas characters was to be followed on New Year’s Day with a group of hippos, wishing everyone a “happy new year potomus”.

Tewnion says it’s nice to hear people chatting and laughing at her designs, and she always meets people when she turns them off in the morning and takes them out in the evening, which sparks conversations.

“It’s a nice feeling at a time when people are a little worried and uncertain, it’s good to hear people laughing.”

Tewnion has crocheted most of her life, but her real enjoyment of the craft came when she transitioned from blankets and rugs and started creating her characters during the pandemic.

Each larger figure took around five hours to make, but Tewnion enjoyed the challenge. They also have wiring in them to shape them into positions.

Two of Tewnion’s original creations from the 2020 lockdown, depicting Jacinda Adern and Ashley Bloomfield at the daily Covid-19 briefings, are now part of the Nelson Provincial Museum’s permanent collection. Tewnion donated it to the museum after being approached by a curator, she said.

She said she was also interviewed by New Zealand historian Jock Phillips for a book he was working on.

She never imagined that her crochet creations would generate so much interest.

2022-01-02
Previous Post: How to Start an Embroidery Journal to Document a Year
Next Post: Yoga & crochet: what could prison look like for Elizabeth Holmes? | Crime News