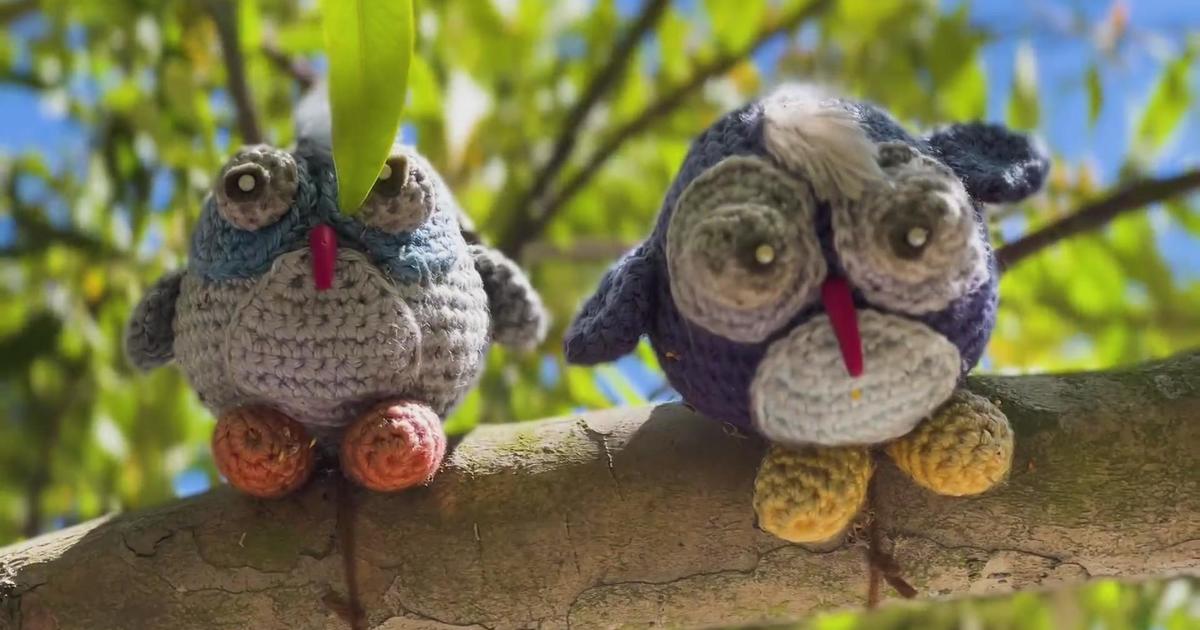 For as long as he can remember, Huib Petersen has struggled with an all-consuming addiction to creating objects from yarn.

“I can do this kind of needlework for about eight or nine hours a day,” he said.

It started innocently enough. Before long, Petersen was hooked.

It was during the 2016 presidential election that Petersen, a jewelry designer who lives in Noe Valley, found a way to turn his yarn addiction into a force for good.

“The outside world started to get a little more threatening, and I wanted to do something to make that outside world friendlier,” Petersen said.

He came out on a branch, literally. Petersen began crocheting exotic animals and placing them on tree branches on his street. He planted some owls first, then added some monkeys. Soon came a sloth, crabs, even friendly neighborhood spiders.

“You’re walking down the street and maybe you’re having a hard day and then suddenly a crocheted opossum is staring at you from the tree. It makes the world a little lighter,” Petersen said with a laugh.

But it was what happened next that took him completely by surprise. With each new installation, more and more neighbors started talking. Soon the whole street was buzzing with a common curiosity for these colorful intruders.

“It makes you feel more like an old-fashioned neighborhood in a city where it can be hard to connect with people,” said Robyn McGrath, one of Petersen’s neighbors.

On a chilly August day, Petersen added a cricket to his growing zoo. He said he hopes his designs will inspire people to look up, slow down a bit, and maybe even say hello.

“I think what my funny little crochet animals have done is create a bit more of a neighborhood. And I think that’s art,” Petersen explained.

Petersen said it’s a powerful reminder that sometimes all it takes to bring people together is thread and a little imagination.