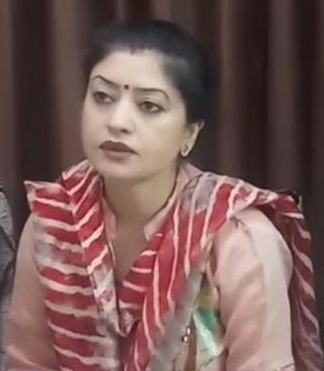 Anjali Vakil from Chamba has been shortlisted for the “2018 National Award” for Rumal Chamba Embroidery by the Government of India to be awarded by the President in the near future.

According to an official statement released recently by the Development Commissioner (Crafts) of the Union Textile Ministry, Vakil was included in the list of selected winners for the Crafts Awards-2018.

Rumal Chamba embroidery flourished in the princely mountain states of Chamba, Kangra, Basholi and other neighboring provinces. Rumals are usually square or rectangular pieces of cloth, beautifully embroidered and used to cover gifts and offerings. Traditionally, rumals were exchanged between the families of the bride and the groom.

‘Raas mandal’ and ‘Krishna pattern’ are very popular patterns and have huge demand. The fabric used is generally unbleached muslin (very fine fabric). The form of embroidery was a double satin stitch locally called do-rookha, the beauty of which was that it was reversible, making it equally beautiful on both sides.

“I immediately fell in love with this craft and was inspired by my mother-in-law’s work,” she says.