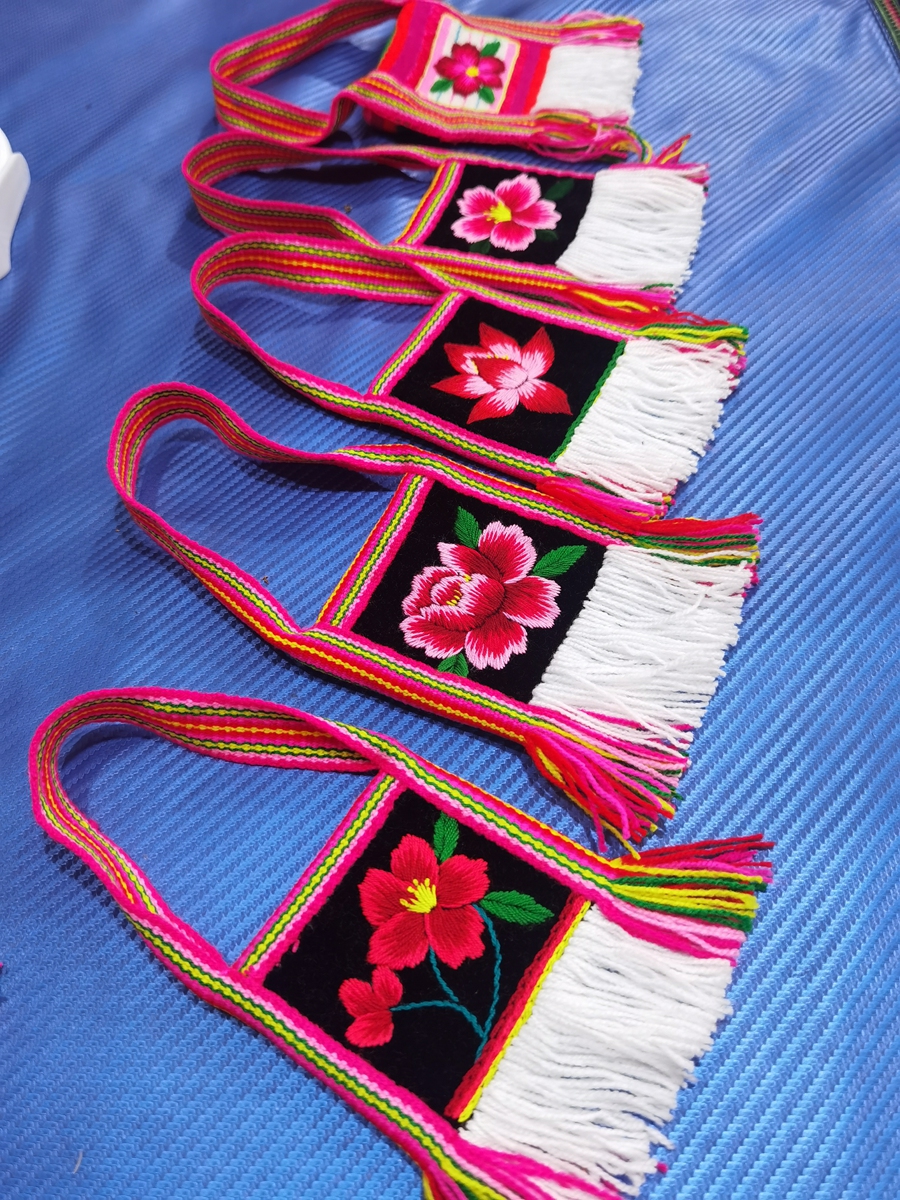 Who would have thought 20 years ago that tweed textiles made by the Lisu ethnic minority in China, which often sport a similar aesthetic to Chanel haute couture, would become a luxury item destined to conquer the international Amazon market. The “Lisu tweed” has indeed managed to make a name for itself in international markets thanks to the efforts of Li Changping, who used his entrepreneurial skills to market this ethnic cultural heritage and reduce poverty in the southern province of Yunnan. -western China.

An opportunity to help

Bringing an outfit featuring a hand-embroidered magpie, a quintessential design of Lisu ethnic clothing in the 1950s, the textile designer and entrepreneur is ready for the 2022 Kunming Fashion Week currently underway in Kunming, South China Province. Yunnan.

Although she is now taking on the fashion world, about two decades ago she was not nearly as confident in this Chinese intangible cultural heritage.

“When I went there in 1998, the county was mired in poverty. Even though Lisu sewing had continued in the deep mountains for generations, for locals it was just a part of daily life as they didn’t see the cultural and monetary potential of this traditional art,” Li told the Global Times.

After starting a few entrepreneurial branches, Li decided to help locals turn this tradition into a way to improve their standard of living.

“I dedicated myself to helping them make this business a reality”, so that “the fruit of their labor returns to their pockets”, she underlined.

Over the years, his dream gradually came true.

In 2000, Li established her Lisu Kang’en Homeland embroidery business. It started as a sales channel for local embroidery items purchased from the heirs of the tradition hidden in the deep mountains, but then expanded beyond that after the entrepreneur discovered that bringing together all the skilled craftswomen in one workshop improved productivity and helped solve employment in the 800-household area.

In May 2020, alongside Chinese government poverty alleviation efforts such as housing subsidies, the county was finally able to put its “poverty” tag behind it. Throughout this time, Li’s “poverty alleviation through sewing” program has been a driving force that has helped establish a complete production chain for local Lisu embroidery and, most importantly, made housewives the breadwinners of their families.

“Most of the people who know this skill in the region are women. With the men going to the big cities to work, these women have found themselves at home with very little to support themselves. The workshop allows them to make money with their own products.”

Over the past 22 years, Li’s project has grown by itself to more than 40 craftswomen between the ages of 18 and 70.

“We feel lucky that our life is getting better and better. It’s a gift from our culture,” Li said.

belong to the world

“Our ethnic group has a long history of migration. According to different traditions and localized environments, our fashion can range from thick woolen patterns to lightweight fabrics with various patterns,” Li said.

As a designer attracted at first sight to the ‘spirituality’ of Lisu embroidery, Li told the Global Times that the ethnic group prefers bright colors, flowers and birds, which show optimism and a romantic desire to live. of the Lisu people.

Over the past five years, Li has featured her works in several international exhibitions, where she intrigued buyers from Germany and France who wanted the clothes to be “a collectible item of culture.”

“I will always remember when a French woman told me about the modern aesthetic of Lisu textiles. I was surprised to realize that our cultural heritage does not belong to history, but to the future.”

Li is fond of Lisu tweed, a traditional fabric of the ethnic group born more than 100 years ago, which she compares to Chanel tweed.

“I designed a suit made from our tweed, and added fur collars and embroidery from our culture. It shows that what belongs to one nation also belongs to the world,” Li noted.

Li now juggles multiple tasks at once – streaming is her latest endeavor.

And even now she looks to greater heights.

“We are working on launching new designs that match western tastes. Making a name for yourself on Amazon is our next goal.”