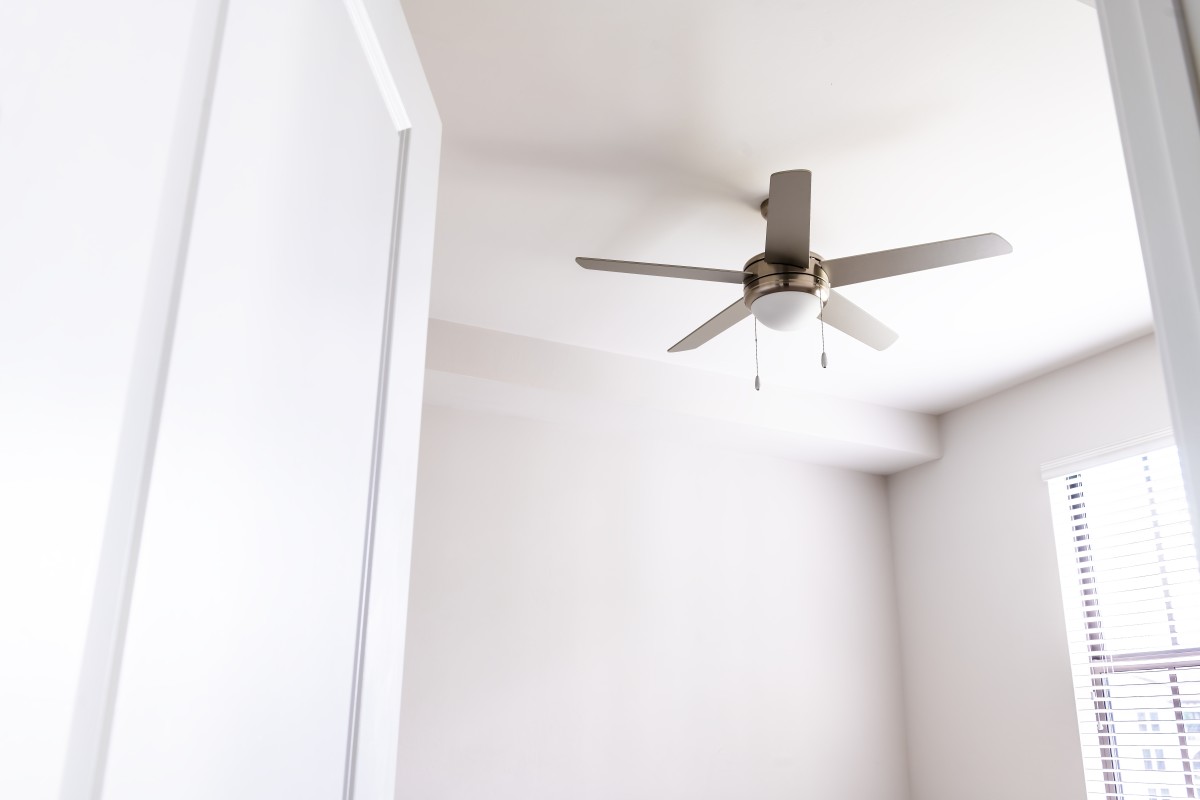 So… how often do you think about your ceiling fan? If you’re like us, it’s probably not very often. In addition to having to clean it from time to time, or perhaps replacing it when it is too worn or no longer matches your current walls and decor, they tend to go unnoticed.

But what if we told you there’s a way to dress them up a bit (even if it means thinking outside the box a bit?)

So this idea will take a little more work and a touch more experience than some of the other DIYs we suggest, but for some it will be worth the effort. The original idea comes from Izzy, aka Iz.On.Earth on TikTok and involves crochet.

Specifically, it involves crocheting “socks” for your fan blades.

Now before we write off, give it a minute and watch the video. The crochet socks are actually really cute, sit snugly on the fan blades, and add a new and creative pop of color that matches Izzy’s eclectic ceiling look.

As Izzy points out, traditional fan blades are boring. Unless you’ve splurged on something really cool and unique, you’ll get an average fan with five or six blades, probably in white or wood, and not much else. Izzy’s crochet designs allow her to add a touch of whimsy to her fan, and with the stars already decorating her ceiling, we have to give her credit for the cutesy idea.

Even better, they are removable! This means it’s super easy to pull them out and throw them in the wash, plus you won’t have to continually dust your fan! So what do you think? Something you want to try or something you will pass on?