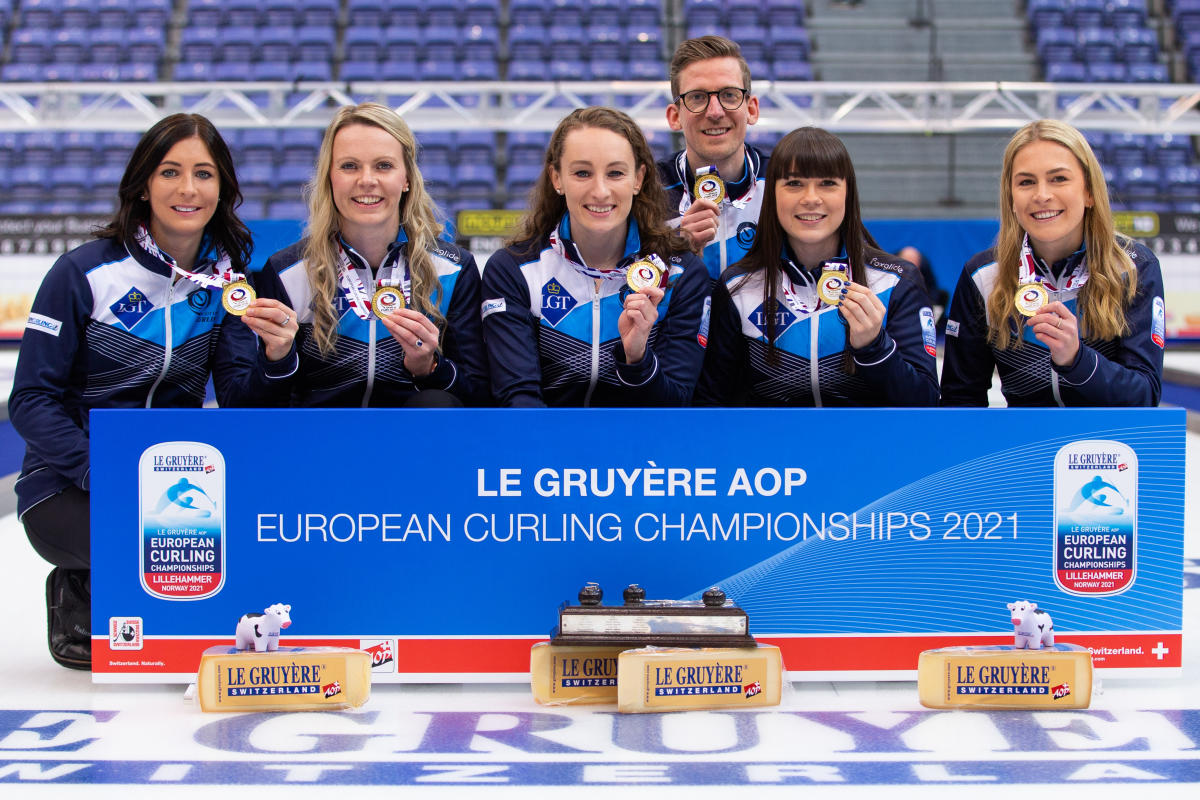 Forfar ace Duff, 24, has been officially selected for Team GB’s women’s rink for Beijing 2022 after booking her place in a grueling qualifying event in the Netherlands.

Duff, captain Eve Muirhead, Vicky Wright, Jennifer Dodds and substitute Mili Smith will be the team tasked with improving Britain’s bronze medal at Sochi 2014 when they land in the Chinese capital next month.

Diving star Daley, who won gold in the 10m synchronized alongside Matty Lee in Japan last summer, has gone viral with his love of knitting away from the board and Olympic debutant Duff hopes her parallel passion could lead to similar success on the ice.

When asked if she could be the Daley equivalent of Team GB at Beijing 2022, Duff replied: “Maybe – you never know!

“I crochet a little at home to calm myself down. I don’t take it so much with me [as Tom] – but it’s just something I do at home on my own.

“It’s amazing to be selected. It’s always been a dream to compete in the Olympics and for Great Britain, so it’s such a great honor to be selected for Team GB and to see what what we can do in Beijing.

“As soon as I started taking curling seriously, it was always something I really wanted to do. It was always such a big dream – that it actually happened seems pretty crazy.

“I’m just super honored to even go to the Games.”

The Muirhead team were crowned European champions in Lillehammer at the end of last year before battling it out in a thrilling Dutch Olympic qualifier to secure their place on the plane.

After losing their first two matches, the Scots have won five in a row to propel themselves into the race ahead of Turkey’s clash against Japan.

Muirhead’s rink could barely watch, but after the Turks secured an 8-5 victory their place in Beijing was assured.

And Duff, one of more than 1,000 athletes able to train full-time, have access to the world’s best coaches and benefit from cutting-edge technology, science and medical support. thanks to vital funding from the National Lottery, said: “We are a new team, but we also have some well-known members.

“Obviously we have Eve, while Jen and Vicky have also been playing for a few years. I think we should be good for Beijing if we continue like we are doing.

“We have a few things to learn to make sure we are on top of who we want to be – we have to protect ourselves, be reasonable and take care of ourselves.

“It will be quite a nervous moment but I will be super proud to be there. Pressure is something I don’t handle too badly, so hopefully I can get into my flow and perform the same way I’ve performed this season.

Team Britain has won just four Olympic curling medals in its history – but Team Muirhead’s bronze, paired with men’s silver, in Sochi means Britain are heading to China with momentum of the last Games.

They will now aim to add to the more than 1,000 medals won by British athletes since the advent of National Lottery funding to elite sport in 1997 and Duff added: “To come away with a medal would be absolutely amazing.

“I know the whole team will do everything to make sure we come away with one. It would be amazing to do it, but I don’t put too much pressure on myself to do it.

No one does more to support our Olympic and Paralympic athletes than National Lottery players, who raise over £30million every week for good causes including grassroots and elite sport. Discover the positive impact of playing the National Lottery on www.lotterygoodcauses.org.uk and get involved using the hashtag: #TNLAthletes