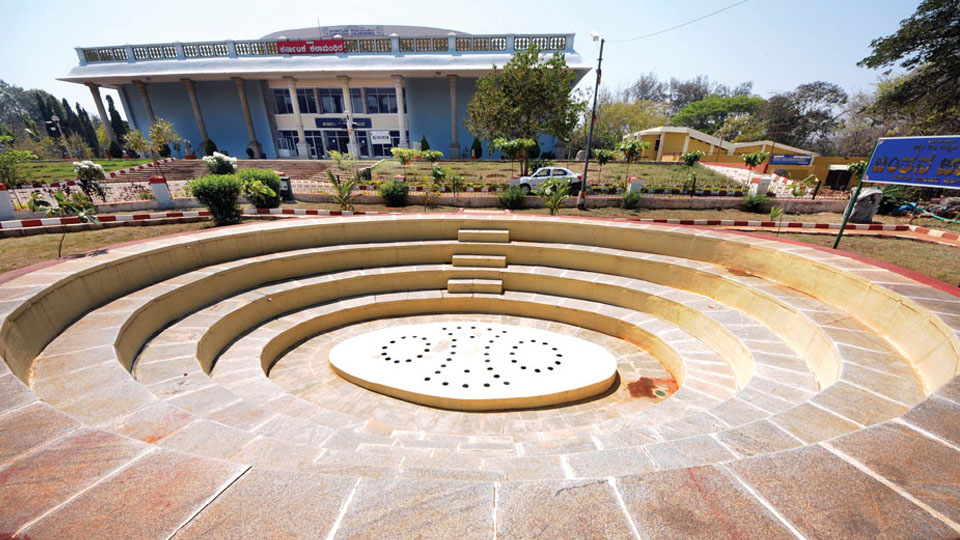 The district minister will inaugurate the camp tonight

Mysore/Mysore: Within the framework of the Dasara festival, the Dasara sub-committee for Fine Arts and Crafts has organized various programs and competitions at the premises of Kalamandira.

A state-level carving camp is being held in association with Karnataka Shilpakala Academy from September 16-25. District Minister ST Somashekar will inaugurate the camp tonight at 5:30 p.m. MP L. Nagendra will chair. The state art camp will be held September 23-25. It will be inaugurated on September 23 at 10:30 a.m.

The state-level sculpture and art exhibition will be held from September 26 to October 3. Artworks that have already been invited by artists earlier will be held for judging before their final display at the exhibition. However, unique and attractive works of art will be selected by the judges.

Kannada and Culture Minister V. Sunil Kumar will open the exhibition on September 26 at 5:00 p.m. MP L. Nagendra will chair.

The craft and art exhibition will be held from October 1 to 3. More than 12 varieties of handicrafts including Kinnal Handicraft, Koudi Kale, Kasuti Embroidery, Pottery, Inlay Art, Actor Puneeth Rajkumar’s Portrait Made with Colors, Handcraft Art weaving and spinning, Bamboo or cane baskets, Channapatna toys, Worli art, Mehndi art, cartoons and other fine arts will be exhibited in the exhibition.

For more details on the camp, exhibit and contests, call Mob: 94491-76407, according to a press release from the Secretary of the Fine Arts and Crafts Subcommittee.