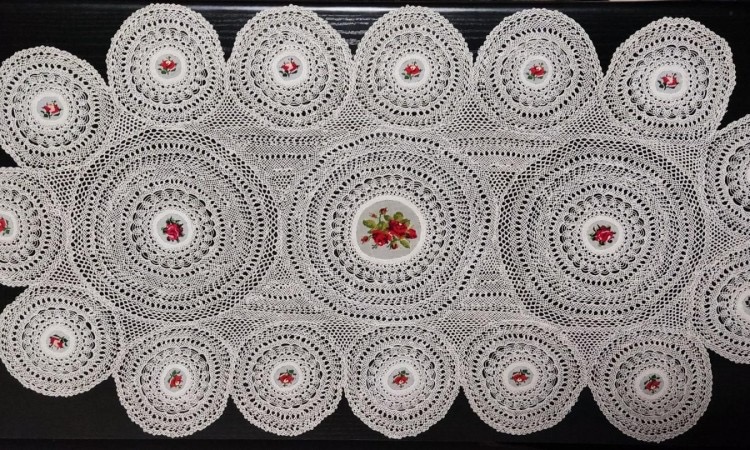 ”At Banja Luka embroidery (in Bosnian: keranje) just kind of fell in the field that interests me sinceit provides a sense of identity and continuity. It promotes respect for the cultural diversity and human creativity”, mentioned Berina Filipovic-Kulenovicoriginally from Banja Luka with an address in Sarajevo, graduate engineer by profession, who nurtured the love of intangible cultural heritage all his life.

Given its commitment to intangible cultural heritage, which, like any hobby, is practiced wholeheartedly and sincerely, the reason for this conversation is the recent official establishment of a indication for Banja Luka embroidery.

”Banja Luka connoisseurs embroideryprofessional peopleZion, claim that Banja Luka embroidery is the only craft that combines the two finest craft techniques of two kingdoms into one perfect creation. Ottoman lace and Austro-Hungarian Biedermeier infor Banja Luka embroidery. At the time of my childhoodBanja Luka was known for embroidery. The coins were sold in souvenir shops in Dubrovnik, Opatija, and other tourist destinations. Today Banja Luka embroidery possesses be part of modern interiors as a decoration in many places in the house or framed and placed on the wall as a picture. They have bbecome an ideal gift or souvenir,” Berina said.

EventAlthough lace-like artifacts can be found in an ancient Egyptian tombs, the beginning of the lace traditionally takes place in the 15th century, in Flanders and Italy. Over time, many countries have developed their own traditions of creation and they hadspecific lace patterns, and today many lace museums in England, Belgium, Italy, Spain, Portugal, and Ireland has witnessed the splendor and importance of lace over the past five centuries.

The names of the regions and cities in which a specific lace-making technique was developed have always, as a rule, been incorporated into the name of the piece, building for centuries a mark that today is identified with the art as the highest quality craftsmanship. So There areBelgian, Venetian lace. When it comes to our region, the most famous the creations are the lace from Pag in Croatia, kere (embroidery in Bosnia and Herzegovina)Oja in Macedonia, Idrija lace in Slovenia.