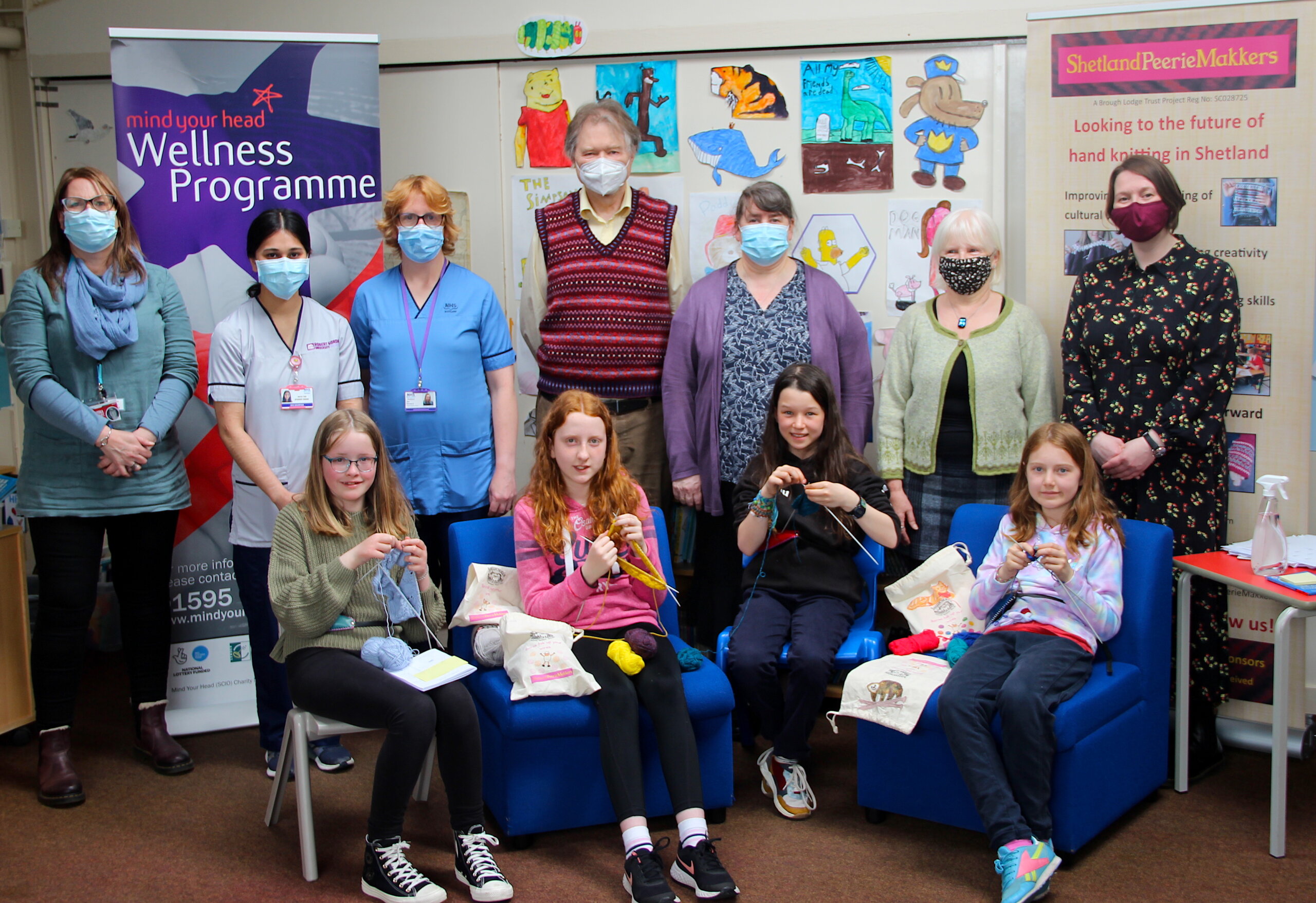 KNITTING lessons at primary schools in Shetland are set to resume after the summer holidays following a two-year break due to the Covid-19 pandemic.

The ShetlandPeerieMakkers project aims to keep the skills and tradition of hand knitting alive by offering bespoke lessons to every four to seven primary school children.

Launched in 2014 by Pierre Cambilliard of Brough Lodge Trust, the initiative is a direct community response to a cost-cutting council decision in 2010, which saw knitting lessons stopped in Shetland schools.

This week the project received a welcome financial boost in the form of a £5,000 donation from oil company EnQuest, the operator of Sullom Voe Terminal.

Cambilliard has been busy over the past few months gathering financial support for the project which has more than 70 highly skilled and highly motivated knitters who travel to schools to teach students how to knit for free.

Since then, Cambilliard has been able to secure a number of three-year sponsorship deals with local businesses worth £500 a year, and has also received a £3,000 donation from salmon producer Scottish Sea Farms.

“It gives us some security for the future, but we are still dependent on public funding through the small grants system from Shetland Charitable Trust and others,” he said.

“Companies were generally very happy with what we’re doing, so we seem to tick all the boxes,” Cambilliard added. “One of the reasons for our success is that the courses are not compulsory; we have mainly girls but also a few boys, and they are taught in small groups with one tutor for every four bairns.

He said he was grateful to the schools for hosting the ShetlandPeerieMakkers because it is the closest environment to how children would have traditionally learned to knit in a home setting.

The project’s consultant coordinator, Tracey Hawkins, added, “It’s fantastic to get this financial boost from EnQuest, which will help groups go on for many years without having to worry about finances.”

She said that despite a general relaxation of pandemic rules in recent weeks, tuition fees have not yet restarted as it is difficult to respect minimum distances between pupils and tutors when teaching students. a practical craft like knitting.

Hawkins added that before the start of the pandemic, 24 ShetlandPeerieMakkers groups in primary schools had been created, and the hope was that this would continue after the summer holidays.

Everyone, the bairns as well as the many tutors, are keen to keep going, she said.

“They all volunteer their time each week during the winter terms,” Hawkins said. “It’s amazing how much experience these tutors have, they’re experts in their field even if they wouldn’t admit it; our youngest tutor is 20 years olds and the oldest in her 90s.

“We’re seeing peer makers who went through knitting groups still in their teens, and probably came back into it more locked out.”

Janet Mullins of EnQuest said the company is donating funds generated in 2020/21 through the terminal’s Greenie Day HSE program to three local organizations – ShetlandPeerieMakkers (£5,000), Mind Your Head – Wellness Program (£5,000) and £5,400 for the Archie Foundation. .

“Some of these charities we’ve supported before, like the Archie Foundation, as many local people use the Royal Children’s Hospital in Aberdeen, and others like the ShetlandPeerieMakkers were new to us,” she said. .

“Pierre wrote to us, and we thought that was a good thing and something we wanted to support, like traditional knitting which we think is a good thing to keep in Shetland.”

Become a supporter of Shetland News

Shetland News asks its many readers to consider starting to pay for their dose of the latest local news delivered directly to their PC, tablet or mobile phone.

Journalism has a price and because that price is not being paid in today’s rapidly changing world of media, most publishers – national and local – are struggling financially despite very healthy audience figures.

Most online publishers have started charging for access to their websites, others have gone a different route. Shetland News currently has more than 540 supporters all of which make small voluntary financial contributions. All funds are used to cover our costs and to further improve the service.

If you enjoy what we do and value unbiased local journalism, then become a supporter of Shetland News by making either a one-time payment or a monthly subscription.

Support us from just £3 a month – signing up only takes a minute. Thanks.