Hiding just behind the Sobeys on the corner of North and Windsor is Summit Street and there you will find, fia fia. This is a knit and yarn store nestled in North Halifax, offering all-natural yarns and tools, with an emphasis on sustainability and accessibility.

“We have a physical location where people can shop in person, as well as an online store for those outside of Halifax. We carry many brands that were not previously available to residents of Nova Scotia and, in some cases, the entire Maritimes. We will also be offering knitting, crocheting and weaving workshops – for everyone from beginners to advanced makers.

The name Fia Fia is intentional. “I wanted the name of the store to be welcoming and playful. The word fia means “weaver” in Portuguese, which is a nod to my own work as a weaver and my passion for textiles. 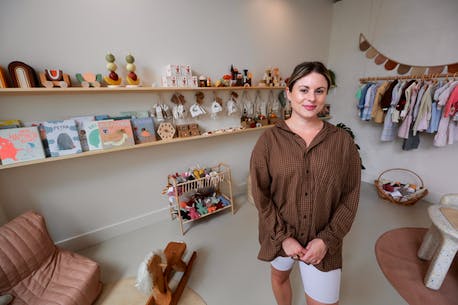 Naccarato learned to knit as a child but picked it up as an adult. “After graduating from NSCAD University’s textile program, I began to feel frustrated with the availability of certain brands in the Maritimes, so I decided to bring these products to my community.”

It means everyone. “We have a giving program, which is a way for people to give back to their local knitting community and get something in return. People can bring in their unwanted yarn, needles and hooks and get a discount on their next purchase from us. Those who want to try knitting or crochet before fully committing, or those who need more affordable supplies, can purchase our donated products at a lower price,” she said.

And students get a discount on Tuesdays.

Here are some other retail events:

Arthur Gaudreau is a retail enthusiast and publisher of a blog on the whereabouts of retail.

2022-09-28
Previous Post: Champion and Percival’s collab is all about the embroidery – these are our favorite pieces
Next Post: Made By Sue specializes in sewing, embroidery and alterations in Keller