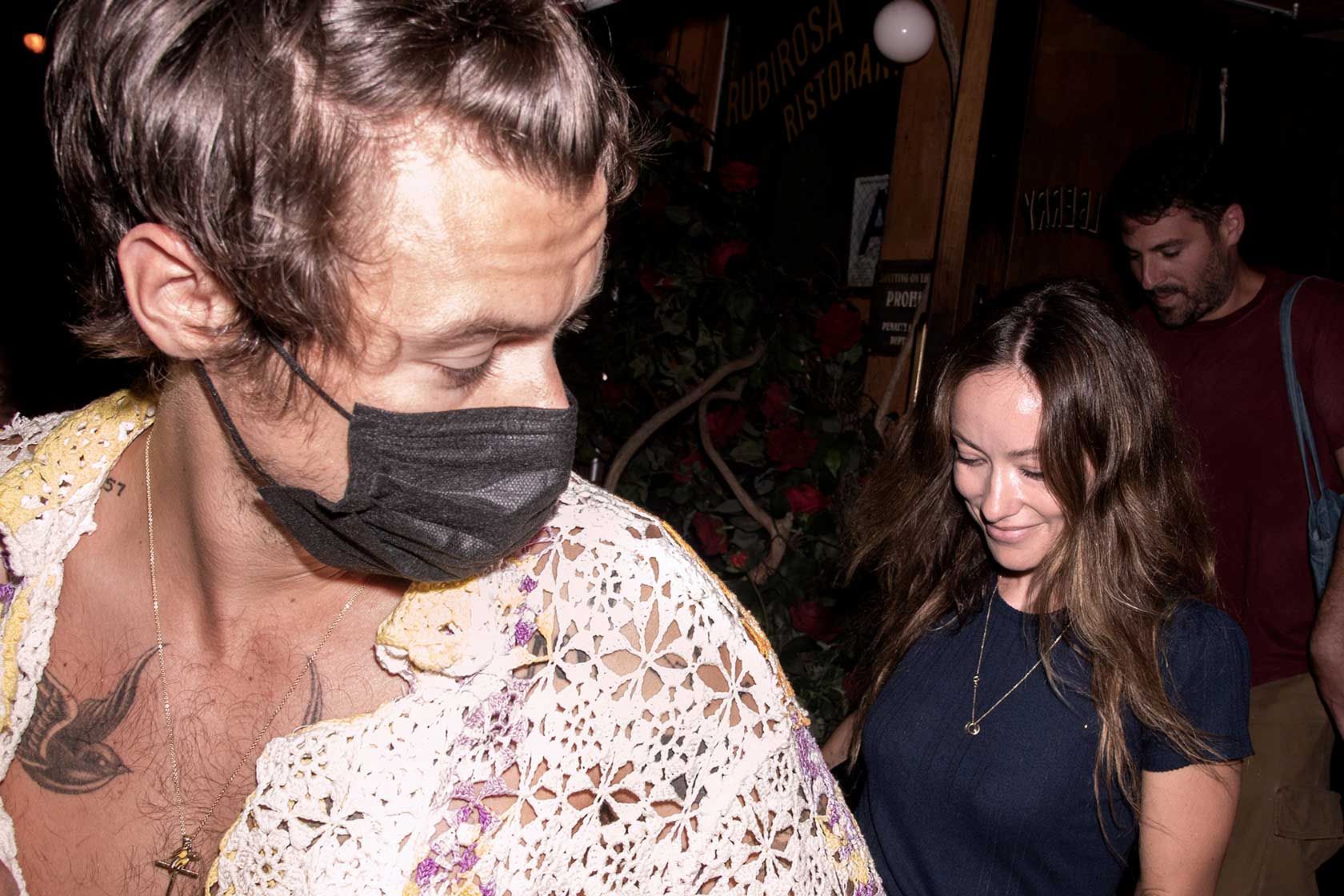 The only person who could do Harry Styles’ wardrobe justice is, well, Harry Styles. As Love On Tour 2022 continues in New York, Styles took a break on the road to grab some pizza at Rubirosa with partner Olivia Wilde and, obviously, he didn’t really dress up.

Spotted together on the evening of August 18, Styles & Wilde (WildeStyles?) held hands as they made their way through a deluge of paparazzi and jaw-dropping admirers.

Styles was masked but, even if the lower half of his face is masked, there is no way to confuse Harry Styles with anyone other than Harry Styles.

It’s a slight departure from his custom Gucci outfits, but Styles has always preferred his personal effects when he’s not on stage, anyway.

Styles wore his shirt barely there — seriously, you can almost see through — buttoned down to reveal his bare chest and a few tattoos. You guys don’t have to dress exactly like Styles, but it would do you good to learn not to shy away from a little summery cleavage.

Beneath the shirt, Styles wore a pair of crinkled pants bundled over white sneakers that could very easily be a pair of Vans Slip-Ons. nothing wild

This look is obviously all about the shirt, knitted with an interlocking floral weave and drizzled with bright pastel colored streaks.

Don’t let that distract you from the fact that Harry Styles has inexplicably altered his signature locks: rather than letting his famously flowing locks move around as he so often does, Styles used a hair clip to pinch them skyward like a kind of pharmacy. hair bun.

It reminds me of being a teenager with long hair working in the restaurant industry, having to cut my hair for some hygienic reason or another.

Styles’ hair adjustment is uncharacteristically ungainly, like it was an impulsive decision made to keep his bangs from hanging down in his pizza or something.

On the other hand, it’s been pretty heavy in New York the last few nights, so it probably feels at least a little better for lifting very damp hair.

Notice that I didn’t mention Olivia Wilde at all here. It’s not that her style isn’t worth mentioning, it’s just that I’d rather spend time focusing on her amazing dance moves, recently displayed during a few of Love on Tour 2022 stops from Harry Styles.

Wilde’s dancing is delightfully candid, the kind of overtly innocent groove one only flaunts if they really feel the tunes.

It’s good! It’s just nice to see people enjoying themselves the way Wilde so clearly is, offering a slight smile as she leaves Rubirosa hand-in-hand with her nearly shirtless, cropped-haired beau.