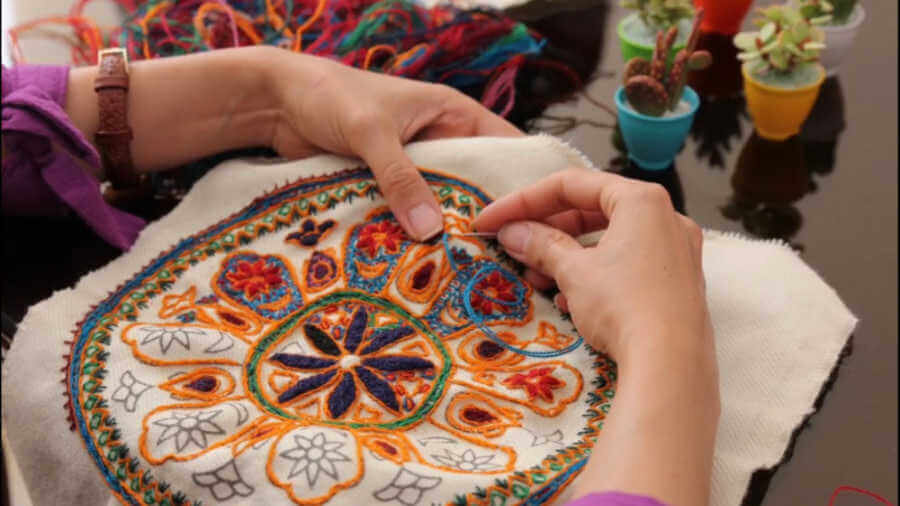 Handicraft sales in the southern province reached 55 billion rials ($206,000) during the mentioned period, the provincial tourism chief said on Monday.

A number of temporary handicraft markets were set up inside historical monuments and tourist attractions across the province during this period, Fereydun Faali said.

The best-selling handicrafts were pateh-duzi (the art of sewing a kind of embroidery by colored dots), kilim, precious and semi-precious stones, handmade knives, basketry, Khos -duzi (a type of embroidery), golabatun-duzi and handmade copper dishes, the official added.

Baloch embroidery, hand-woven kilim rugs, wickerwork, pateh, and precious and semi-precious stones are some of the popular handicrafts produced in the province of Kerman, which is bounded by the provinces of Fars on the eastern border. west, Yazd in the north, Khorasan in the south. to the northeast, Sistan-Baluchistan to the east and Hormozgan to the south.

The large and sprawling province of Kerman is something of a cultural melting pot, blending various regional cultures over time. It is also home to rich tourist spots and historical sites including bazaars, mosques, caravanserais and ruins of ancient urban areas.

With 14 entries, Iran ranks first in the world for the number of cities and towns registered by the World Crafts Council, followed by China with seven entries, Chile with four and India with three.