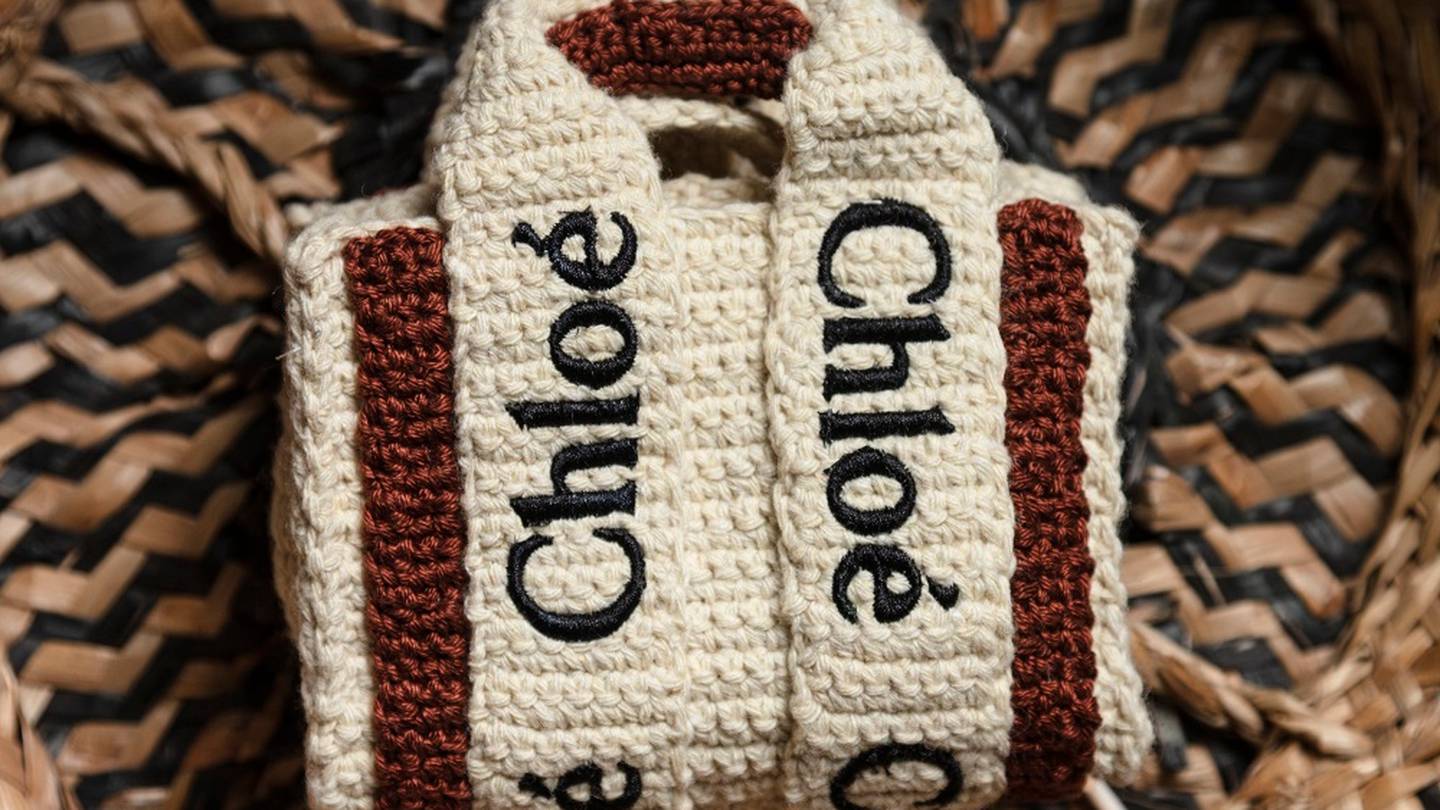 The collaboration, which is expected to last several seasons, begins with Sarah’s Bag reimagining Chloé’s popular Woody tote; this time nano-sized and fully crocheted – an artisanal craft widely used in the Mediterranean.

“I am very proud and very happy that after all these years we are able to achieve this, especially in these difficult times. This is an important milestone for the company,” said Sarah’s Bag founder Sarah Beydoun. The National. “It’s a feat for the whole team, especially for the girls who worked with me on this collaboration.

“Chloé has long wanted to focus on their sourcing and supply chain, so we are now one of their sustainable producers,” she says. “Chloé wanted to work with us because our goals, as companies, are both aligned: our vision of empowering women through craftsmanship and sustainable fashion.”

Crochet was selected for its timeless use in the region, with a wealth of techniques to explore. Beydoun’s early collections leaned into vintage Lebanese crochet and attempted to reinvent the craft for modern fashion, a search that was put to good use with Chloé.

The beige and brown tote captures a boho-chic aesthetic that screams summer parties, days at the beach, and lazy afternoon walks.

“It’s something that is deeply rooted in our culture and in the Mediterranean. In each village, the grandmother or mother would usually create a trousseau for the bride-to-be, and this mainly included crocheting for bed and table covers,” says Beydoun.

“When we started using it in our bags, it was like we were bringing it back into fashion and we looked at different crochet techniques. I think that’s what Chloe liked about what we did, and they wanted to be part of it.

Founded in 2000, Sarah’s Bag began as a social enterprise, working with women in prison and ex-convicts to help them learn the skills to support themselves and find a place in society.

These women became a team of artisans, helping to create meticulously embroidered and beaded bags designed by Beydoun and worn by Gigi Hadid, Queen Rania of Jordan and Beyonce. From now on, a specialized team of 40 women works exclusively on the Chloé collaboration.

With Lebanon still plagued by several crises, the process of creating the bag was not easy. In the past six months of making the bag, gas prices have skyrocketed, electricity is scarce, and the cost of basic living is rising every day.

“We had a lot of difficulties. We had a shortage of gasoline, so sometimes the girls didn’t arrive at the workshop to bring back the final product,” says Beydoun. “We don’t have electricity all the time, so a lot of girls had to work during the day because there was no electricity at night.

“It’s been over two years in this situation and I think it’s started to weigh on people, especially when you’re stressed. We’ve seen a lot of girls who were really struggling to stay positive or had mental difficulties because that they had been through so much,” she said.

“But they all knew it was very, very important to us and they all put everything aside and worked really hard on the project. It’s kind of like a support group when they work together, especially when you do crochet is something very therapeutic.

The next collaborative bag will be presented with Chloé’s fall/winter collection later this year.

2022-07-13
Previous Post: Couple call on Brighten up Dursley for crochet wedding flowers
Next Post: Crochet and knitting: How these age-old hobbies have helped many young people overcome stress and anxiety amid the pandemic