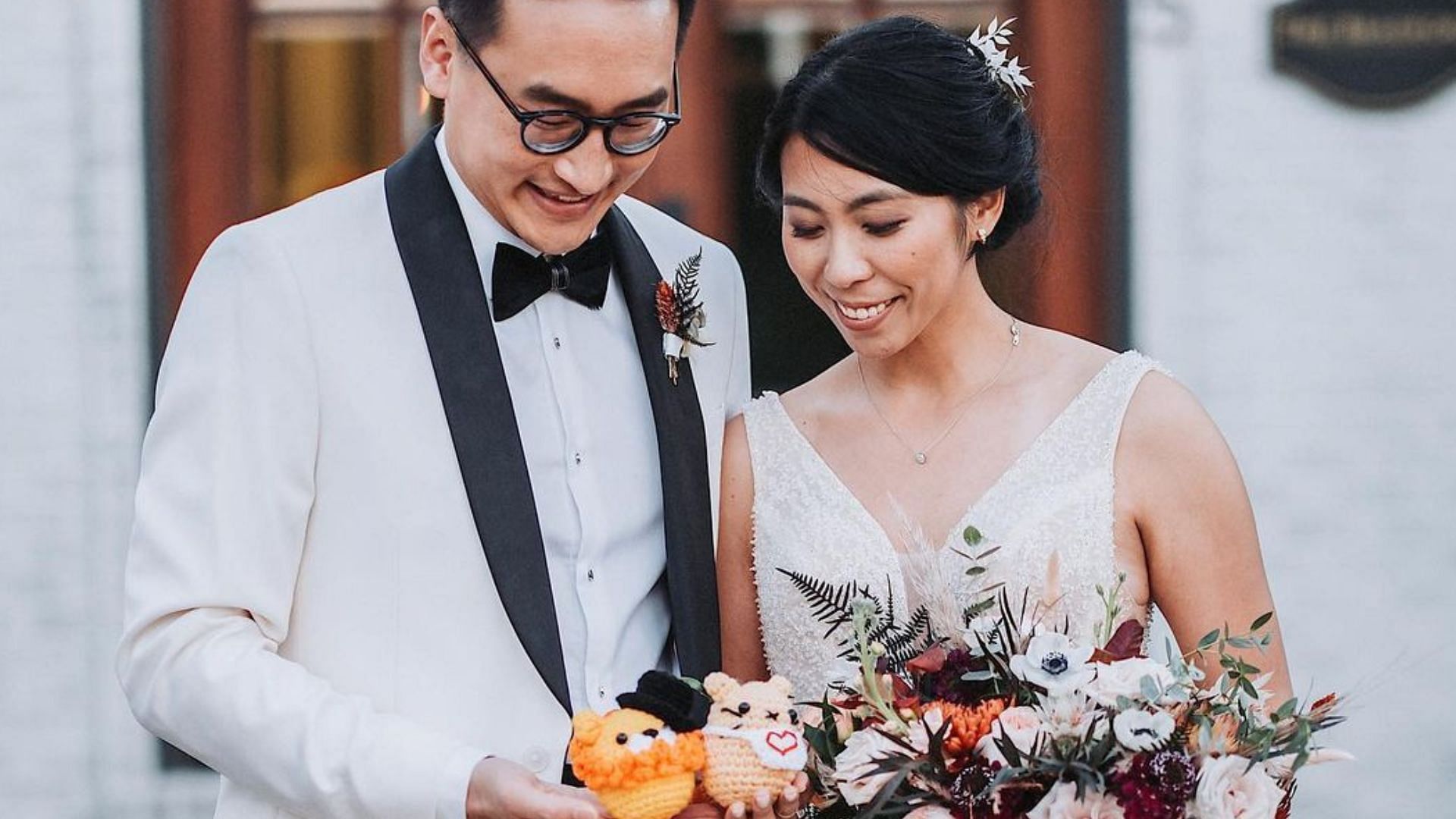 Woobles founders Adrian Zhang and Justine Tiu are all set to appear on shark tank September 30, 2022, at 8/7c on ABC, where they will attempt to market the popular art of crochet.

In Episode 2, the company’s founders will “present their step-by-step kit designed to teach beginners how to create cuddly and cute animal characters” to investors in the reality show.

The wife and husband team will have to impress Sharks Daymond John, Kevin O’Leary, Barbara Corcoran, Lori Greiner, Mark Cuban and Robert Herjavec to invest in The Wobbles and help them grow their business.

The Woobles, a Durham-based crochet startup, launched in July 2020 and instantly became a hit with people. In two years, they sold more than $5 million worth of products. The DIY crochet animal kit, which uses the art of amigurumi, helps people create cute creatures like Jojo the rabbit, Felix the fox and the best-selling Peter the penguin.

Details about The Woobles founders appearing on shark tank

The next episode of shark tank will feature Adrian Zhang and Justine Tiu, 33, who met while studying at Duke University. After going through what they called “professional disappointments”, they came up with the concept of the Woobles.

Before starting the crochet business, Adrian spent seven years as a trader on Wall Street, while Justine worked as a Google designer. She quit her job in 2018 to learn new skills and build better self-esteem. The idea to start the business came to her when she crocheted her first stuffed animal, as she wanted to make a handmade gift for a friend.

Although she found the process difficult, she kept going and eventually decided to start The Woobles to give beginners the “easiest way to learn crochet”. Mentioning the process on the official website, thewoobles.com, she wrote:

“I didn’t know what I didn’t know. I spent weeks putting together YouTube videos, charts, and crochet blogs. I tried to rearrange what I found to match what I was working on. I made a lot of mistakes. And I made a lot more hope for the best.

After mastering the technique, Justin felt incredibly confident and she wanted to share that feeling with everyone. According to newsdeal.in, Justine said:

“The confidence boost I got from learning to crochet is what inspired The Woobles. And that’s why we say it’s not really about crocheting with The Woobles, it’s about trust.

It wasn’t until 2016 that Tiu picked up a needle and thread. Zhang learned the technique from one of Tiu’s kits. Either way, they both quit their jobs to devote their time solely to Woobles.

Zhang and Tiu are both interested in ed-tech. The Woobles, according to the couple, is an ed-tech experiment rather than a crochet business. Emphasizing the learning aspect of the business, Zhang told the Business Journal,

“As you get older, you tend to stop learning new things. Everyone has the ability to learn. We just want to make it easier for you.”

shark tank producer contacted the founders of The Woobles

Earlier this year, a shark tank The producer contacted the founders of The Woobles after discovering their crochet business in a magazine article. The producers gave them the idea to appear on the show. Although they were a little hesitant to participate shark tank, the couple finally agreed. Adrian said:

“At first, we were hesitant because we don’t have TV-type personalities. We thought you had to be charismatic or create a lot of drama, but I think ultimately what they were interested in was having a good story.

The company sells a rotation of limited-edition kits. Each individual kit usually costs $30. The kit includes a crochet hook, custom yarn, a pair of beaded eyes, and access to a step-by-step online tutorial for beginners, whether left-handed or right-handed.

Tune in Friday on ABC to watch the couple perform The Wobbles on Shark tank.

2022-09-30
Previous Post: Made By Sue specializes in sewing, embroidery and alterations in Keller
Next Post: It’s over: After 4 books, a popular knitting series is coming to an end