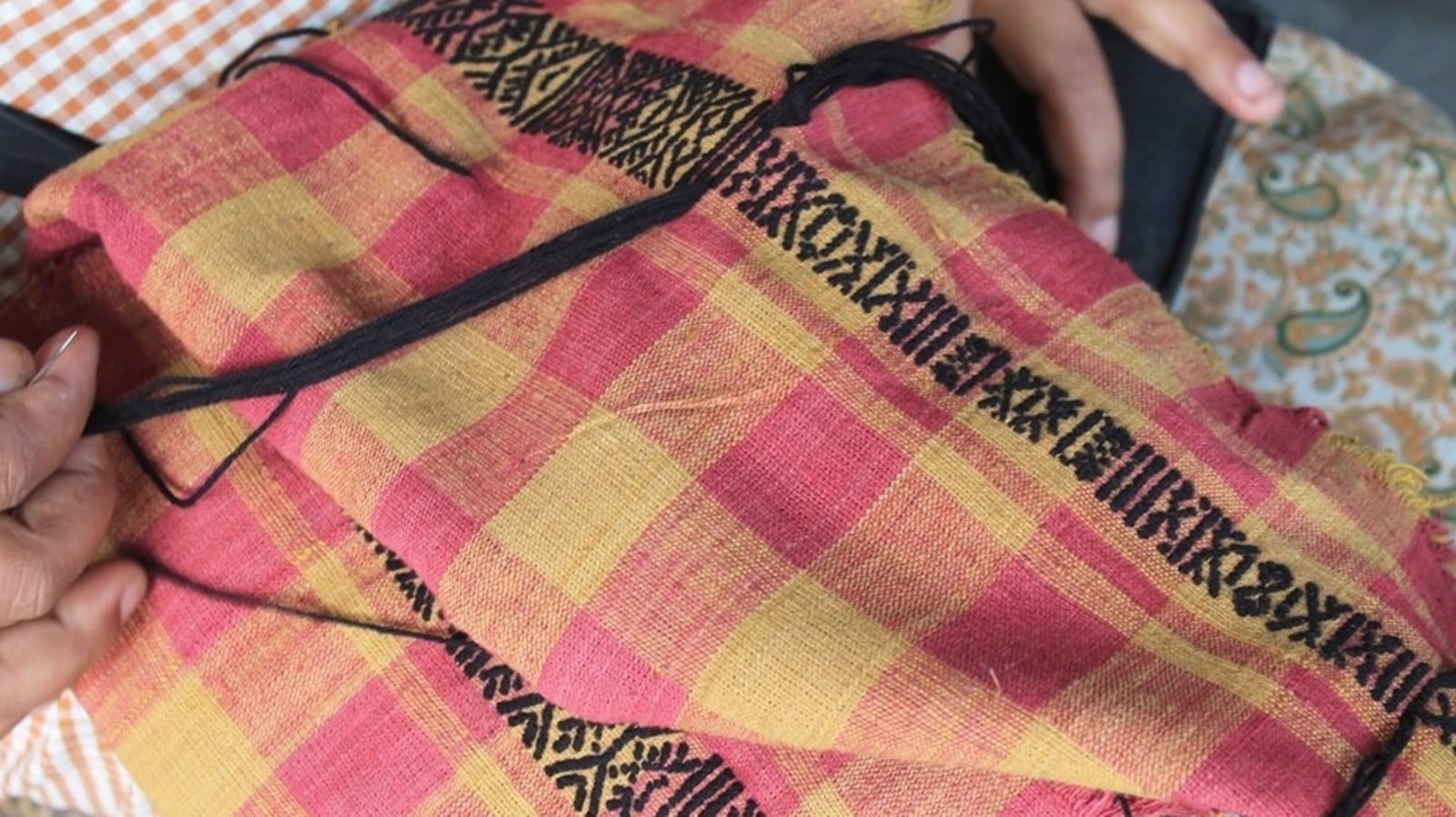 A group of women from the border village of Mustoh in Meghalaya are collectively reviving a 200-year-old art of embroidery – Khneng, adding value to traditional silk shawls, scarves and mufflers. Kheng, which in Khasi means border, is unique to the village in East Khasi Hills district, near the India-Bangladesh border, and the pattern resembles multi-legged centipedes.

Victory Synrem, a master craftsman from Kheng, told PTI that revival efforts began in 2014 when there were only three people left who knew the art, and she was one of them.

“I learned the talent from my great-great-aunt. It wasn’t easy, but through perseverance and a love of art, I’m now good at it,” she said.

Phrang Roy, an agrobiodiversity activist who founded the North East Slow Food Agrobiodiversity Society (NESFAS), took the initiative to revive the art form when he learned that there were only three artisans left .

The main challenge was that there were a handful of people who could teach the art form to others, Roy said.

Roy’s NESFAS partnered with the Special Purpose Vehicle Society (SPVS), established under the direction of the Supreme Court for development in areas affected by mining, to train village women.

In 2019, seven women learned the skills of Khneng, and now 18 women have learned the embroidery form, a NESFAS coordinator said.

“There is no documentation of how the art came into existence, but based on the knowledge shared by master craftsmen, it is safe to assume that it is around 200 years old,” he said. he declares.

Mendon Pariat, a former director of the hand weaving and crafts department who was part of the project, said a female-centered art finds fewer takers among young people.

“Even if art is revived, we need to find markets for it to make it a viable economic activity,” he said.

Different patterns of Khneng are performed on different types of clothes. A thick black stripe is sewn vertically on one side of the ‘Jainpien’ (wrap), while on a ‘Jainkup’ (shawl), a thicker and thinner stripe of embroidery is sewn horizontally.

The khneng is usually woven on ryndia (eri silk) cloth, which is unique to Ri-Bhoi district, about 200 km away, Victory said.

While a silk fabric costs between ₹2,500 and ₹3,000, the value of the fabric doubles after the Khneng embroidery, she said.

Aplaimon Khonglam, a weaving inspector, said kheng was a dying art, but the government wants to revive it.

Textiles Commissioner FR Kharkongor expressed optimism that such events will help broaden, deepen and develop Khneng embroidery among the people.

This story was published from a news feed with no text edits. Only the title has been changed.