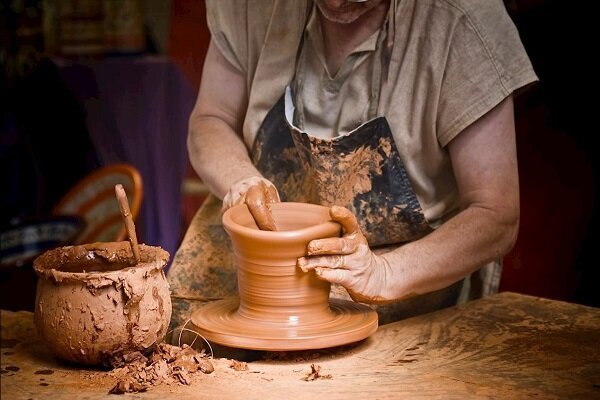 TEHRAN – The National Seal of Excellence has been awarded to 37 high-quality works handcrafted by artisans in Qazvin province, the province’s deputy tourism chief has said.

Quality, originality, innovation in design and implementation and compatibility with the environment were the criteria used to choose the selected handicrafts, the official added.

With 14 entries, Iran ranks first in the world for the number of cities and towns registered by the World Crafts Council, followed by China with seven entries, Chile with four and India with three. In January 2020, the cities of Shiraz, Malayer and Zanjan and the village of Qassemabad were designated by the WCC – Asia-Pacific Region, bringing the number of world handicraft cities and villages of Iran from ten to 14.

Qazvin was once the capital of the mighty Persian Empire, under the Safavids, from 1548-98. It’s a major tourist destination with a beautifully restored caravanserai turned arts quarter, a few quirky museums, and a handful of decent dining options. For most travelers, Qazvin is also primarily the starting point for excursions to the famous Assassins’ castles and hikes in the sensational Alamut Valley.

Also known as the Castle of the Assassins, the 12th century Alamut Castle is nestled on top of a peak. It was once a haven for followers of Hasan-e Sabbah (1070-1124) who was a spiritual leader of an Islamic sect. In the early 1930s, Italian-British explorer and writer Freya Stark described her exploration of the place in her book “The Valleys of the Assassins”.

Qazvin is also home to one of the largest covered caravanserai in the country, Sa’d-al Saltaneh Caravanserai. Dating back to the Qajar era, this is a place to discover dozens of Hojreh or shops, cafes, yards and a stunning mosque. It is a place for visitors who want to experience Iran’s culture, cuisine and hospitality.