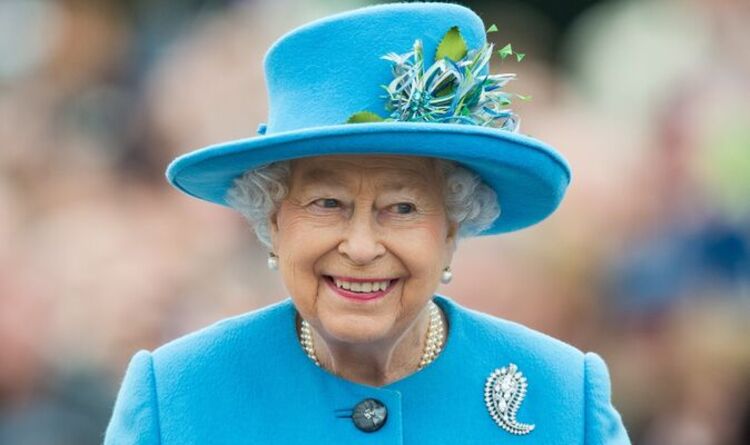 On Wednesday, the National Federation of Women’s Institutes (NFWI) launched a contest among its members to honor the monarch’s historic 70-year reign. The NFWI asks its members to knit a corgi named WInnie and hide their creation somewhere in their local community as a fun surprise to find and keep or give away.

Members must knit a toy corgi and then hide it wherever they want to surprise passers-by.

Each corgi will be hidden with a special tag that will allow members of the public to map where it was found on the WI website.

One of the corgis will contain a secret sign giving whoever finds it the chance to attend the Big Jubilee Lunch in London on Sunday June 5.

The lucky winner will receive two free tickets to this exciting event to commemorate the Queen’s 70 years on the throne.

All WI members, regardless of knitting experience, are encouraged to participate by making a corgi wearing a scarf.

The corgis will be called WInnie, using a clever play on the WI’s name.

Since it’s a game of hide and seek, the project itself is called “Where’s WInnie?” “.

The themed contest caused an unprecedented increase in the number of people searching for corgi knitting patterns on Google.

Analysis of Google search data reveals searches for ‘corgi knitting pattern’ skyrocketed by 2000% across the world on the same day the competition to knit the Queen’s favorite dog was launched.

New discovery from crafting experts Crafty.net shows that searches for “corgi knitting pattern” have skyrocketed to 20 times the average volume in one day.

READ MORE: The Queen is thanked for her ‘generous donation’ for the victims of the war in Ukraine

A spokesperson for Crafty.net said: “The Queen might just be the most influential woman in the world, and it’s nice to see that her penchant for corgis has created such global interest in the craft of knitting, in honor of her year of platinum jubilee.

“Knitting is such a versatile activity, from simple and fun knits for beginners to more complicated patterns for experts, and the repetitive nature of the activity, coupled with the satisfaction of creating something beautiful, is a great way to promote mental health”

The competition, supported by The Big Jubilee Lunch, will begin on May 1, 2022.

The pattern for WInnie the corgi was designed by Hannah Joyce, member of Woolwich and Plumstead Roses WI and teacher of knitting.

The corgi design was printed in the March issue of members magazine, WI Life.

Hannah created the dog pattern with sustainability in mind, and knitters are encouraged to use yarn and fabric they already have.

She said: “I want to encourage people to reuse and recycle: knit pink corgis or red, white and blue corgis, and use whatever yarn you have left.”

Ann Jones, president of the NFWI, said she hoped a knitted corgi would “brighten the day” for anyone who finds one.

She added: “Knitters of all skill levels are encouraged to participate, with the pattern designed for those at a relatively beginner level.

“The WI has a history of mass knitting projects, having broken the world record for the most people knitting simultaneously in one location at our 2012 annual meeting.”

A corgi was chosen for the knitting pattern as the breed is the Queen’s favorite type of dog.

During her tenure as monarch, Her Majesty owned several corgis and now she owns “dorgis”, a cross between a corgi and a dachshund.

The Queen currently has four dogs – two corgis, a dorgi and a new cocker spaniel.

The dorgi called Candy is the eldest of her puppies and is thought to have been around for at least 10 years.

The Queen has been a member of the WI for nearly 80 years, having joined while still Princess Elizabeth in 1943.

The Sovereign is Chairman of Sandringham WI and attends their January meeting each year.

The Queen is following in the footsteps of her mother and grandmother who were both members of Sandringham WI from its early days.

Earlier this month, the monarch hosted a reception at Sandringham for local community members and volunteers.

Guests included members of local charities West Norfolk Befriending and Little Discoverers, as well as other members of the Sandringham Women’s Institute.

2022-03-03
Previous Post: Knitting Show sewn to the fabric of the city as it signs up until 2025 – Harrogate Informer
Next Post: Dubai exhibition opens showcase for local rural crafts