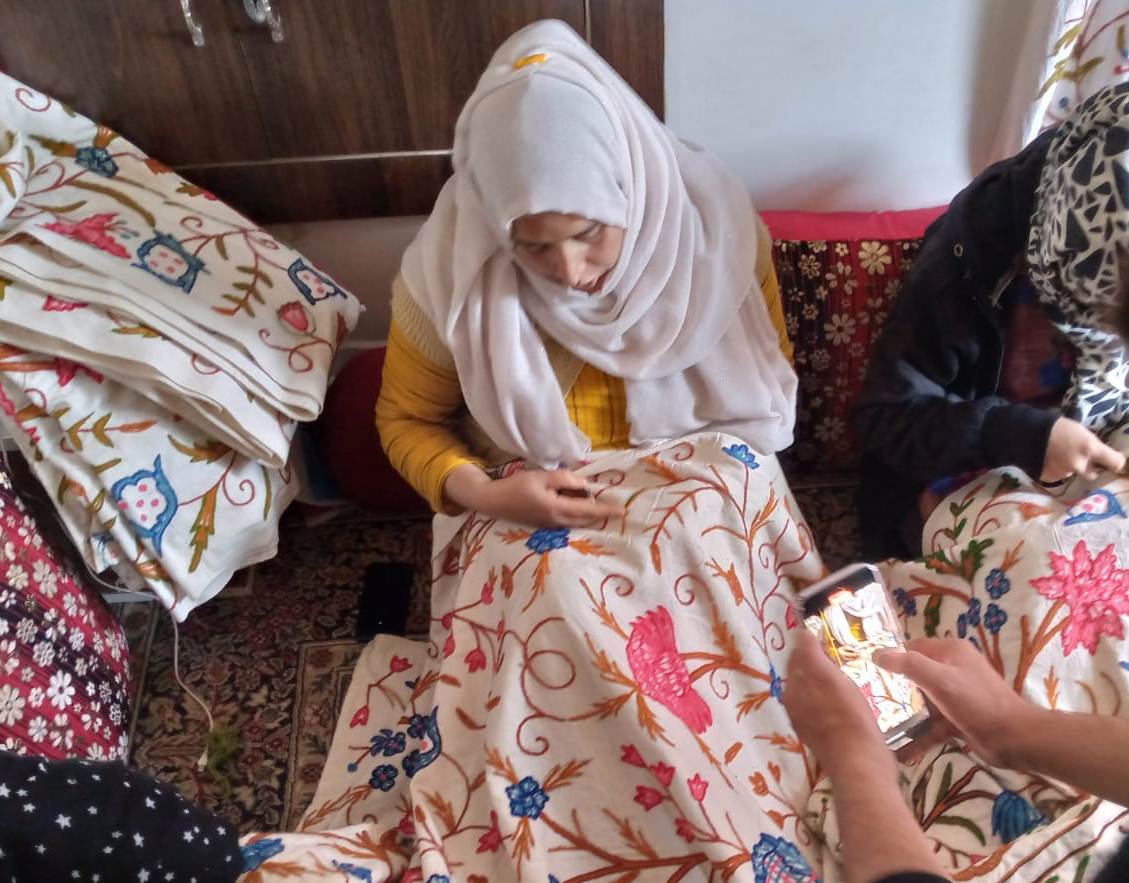 Srinagar: As young people turn away from traditional crafts, Zamrooda Ali has set up a crewel embroidery training center at her home in Badamwari, Hawal region.

Not only are her embroidery designs sold worldwide, but she has also employed 30 women in her unit.

“I started actively embroidering in 2015 and then started this center from home. Right now I am training 30 girls in crewel embroidery. These women are also employed part-time. We bring the raw material ourselves and after doing the embroidery, we also sell it. Now we have also registered the center and we have made different items like draperies, bedding and pillowcases,” Zamrooda said.

Stating that craftsmanship required dedication, she said that now only women were engaged in crewel embroidery.

“Now, only female artisans do crewel embroidery. There should be an atmosphere of peace while doing this work and it takes a lot of dedication. Unfortunately, crewel craftsmen are not paid much, and as a result, the younger generation is turning away from this profession. We are doing our best to keep this traditional craft alive,” Zamrooda said.

A handicrafts department official, Kashmir, said his unit had produced unique designs and, therefore, was in demand.

“Zamrooda is a master craftswoman and she has been actively involved in craftsmanship and has run a training center from her home. She has been designing elaborate and unique designs for quite some time now, bringing a touch of originality to custom handmade special designs in crewel embroidered artifacts that are sold all over the world. These include draperies, bedding, pillowcases and throws. She currently employs about 30 part-time women in her business,” the manager said.

The craft department has also included its unit in the Amdakadal edition of the Craft Safari. Game drives in different parts of the city began last year after Srinagar was included in the coveted list of the United Nations Educational, Scientific and Cultural Organization (UNESCO) in the category of Handicrafts and Arts popular for the year 2021. As part of the safari, the handicrafts department has identified several artisans and groups in the old city of Srinagar.