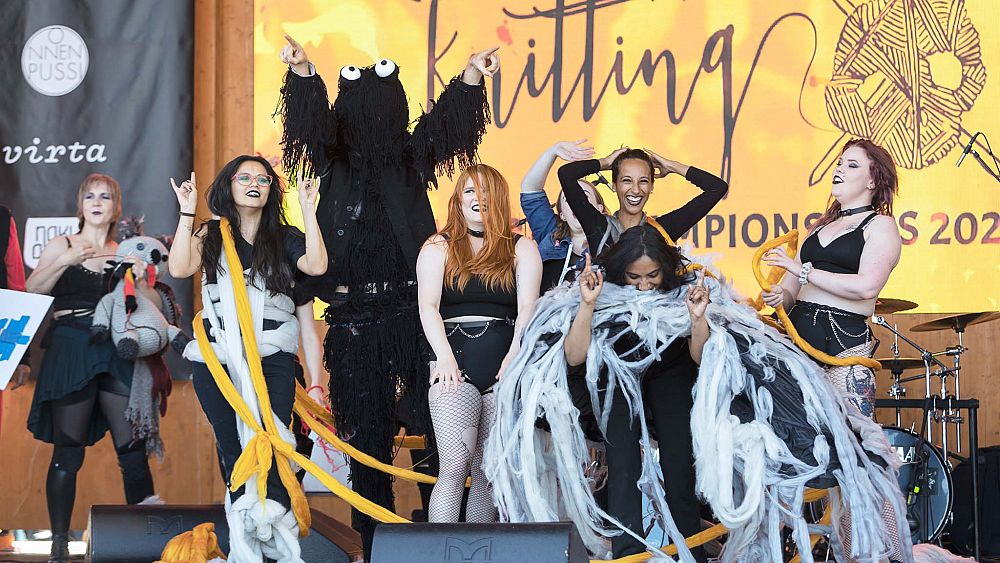 The contest, held in Joensuu, Finland, was rocked by a late withdrawal from the German and Swedish teams, but saw British band String Thing crowned the winners.

A total of eight numbers – with teams from Australia, Finland, the UK, Scotland/India, Japan and the USA – entered the performance-based competition on Joensuu Marketplace .

Crowning String Thing, the Jury made a point of stressing that their decision had been unanimous.

“The winning team put on a surprising and energetic show. Creativity was shown in many different forms – from costumes to use of space and stage.

“The show came off the stage as huge balls of yarn and the audience was included to have fun with the performer.”

The final eight acts have been narrowed down among contestants who submitted videos for the qualifying round earlier this year.

What is heavy metal knitting?

This year’s World Heavy Metal Knitting Championship was the third and second in-person event, with the first taking place virtually.

The art form brings together craftsmanship and heavy metal music, with performers showing off their wool skills while performing as part of a band.

The competition was born in metal lovers Finlandwhere organizers claim the home of Eurovision winners Lordi has 50 heavy metal bands per 100,000 people.

Their team says the great joy of creativity brings together seemingly disparate hobbies.

“When you’re playing guitar and knitting, it’s all about having fun creating something cool with your hands. And – it’s all about attitude,” the organizers say on their website.

“The performance reminded us all that knitting is definitely not boring,” the jury said of UniKorn.

The next Heavy Metal Knitting World Championships will take place in July 2023.