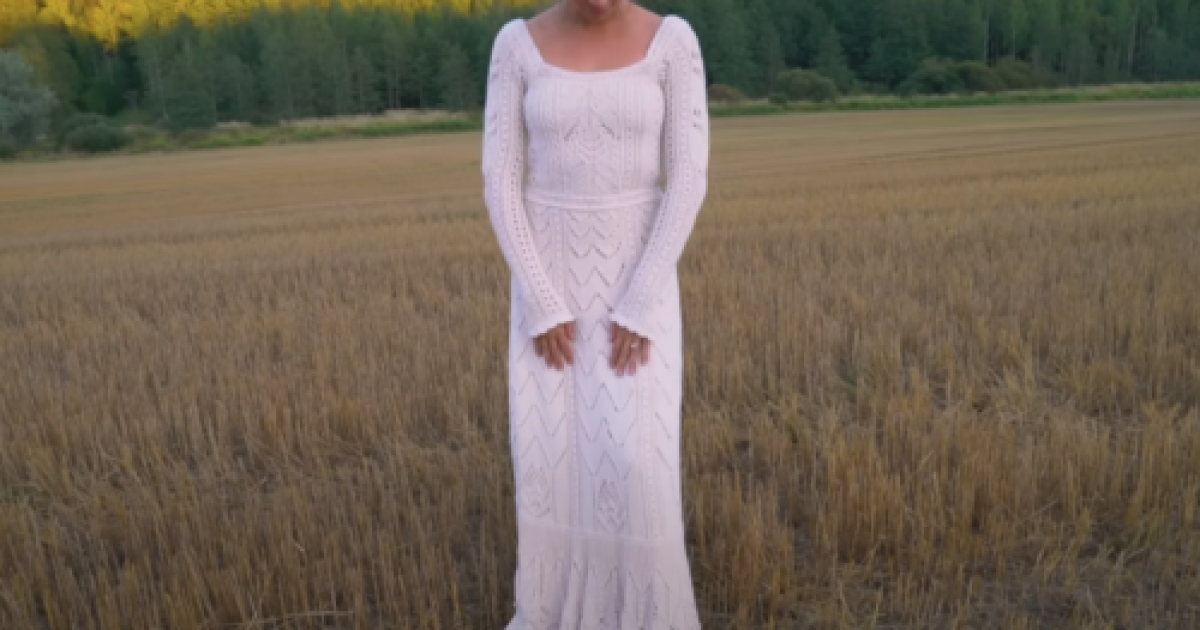 While it was more common for brides and their families to make their own wedding dresses, today most women choose to buy their outfits for their big day.

And of the number of brides who do their own wedding day couture, even fewer choose to knit their entire dress.

But that’s exactly what Veronika Lindberg did when she and her partner decided to get married. Lindberg, who is from Finland and has been knitting since she was 5, shared the huge amount of work that went into her knit wedding dress in a mini-documentary about her. Youtube channel and with Initiated.

Here is her video, which she posted under her username. She goes by the YouTube handle Kutovakika, and is also called Kika. The video includes footage in progress as well as footage from the wedding itself.

As she tells in the video, the knitting content creator didn’t have much time to make her dream dress. The idea germinated after she and her partner, who had been engaged for a year, bought a house. Lindberg agreed to her partner’s idea of ​​combining a housewarming party for their new venue with their wedding. So the couple sped up their wedding timeline to coincide with the move.

And then Lindberg had about 50 days to complete the entire knitting project, from design to the final dress. She researched knitted designer dresses online, chose a lace pattern to use throughout the dress, and spent about $290 on white silk yarn.

Besides the lack of time, Lindberg had also not made a fully knitted dress before. She had a skirt already knitted to help her fit, but had to tear up a few dress attempts when the bodice was too big and she decided to change the dress design.

The knit influencer spent most of her waking hours working on the dress, including in the car and on the go. Lindberg estimated that it took her around 200 hours of work to complete her knit bridal outfit.

Luckily, the final dress was exactly what she hoped for.

Lindbergh’s wedding dress making video blog now has over 3,149,000 views and a slew of positive comments.

“The fact that the dress was basically knitted in the days gone by and the places you visited and the days you loved, it’s like knitting the good memories and the love into your dress and wearing them when you go. marry your love”, wrote a YouTube commenter.

Another exclaimed that she couldn’t believe Lindberg made the dress in just six weeks on top of planning a wedding and moving house.

If you’re interested in trying knitting yourself, Lindberg has a new book and one website chock-full of knitting tips and patterns. But give yourself six months rather than six weeks to knit a wedding dress, advises Lindberg.

This story originally appeared on The simplest. Check The simplest for additional stories.