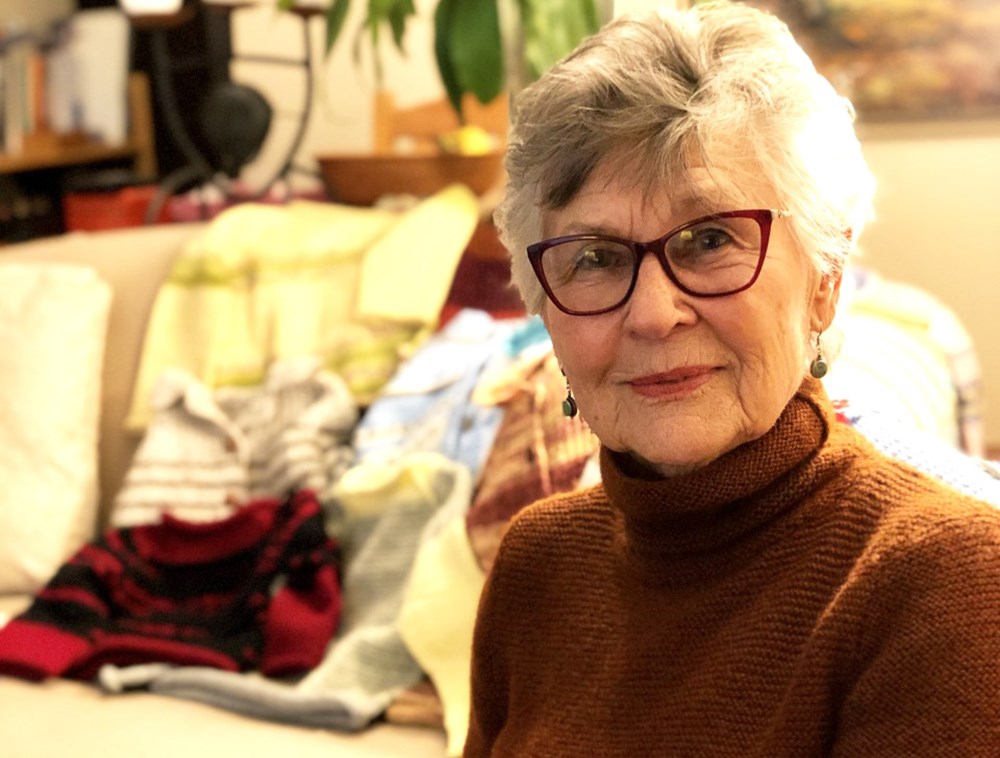 The Knitting Community Comes Together: The CSA Craft Show is December 5

In two large bins next to Elise West’s couch are sweaters. Loads and loads of sweaters.

Red and blue. Yellow and pink. Beige and brown. A kaleidoscope of colors.

Almost every night for the past few years, you could find the 82-year-old Bowen Court resident sitting on that sofa, knitting.

“I just can’t sit and watch TV without knitting,” she says. “It’s very quiet and relaxing. »

The reason there are so many jerseys in these bins is twofold.

West is a beloved vendor at the Community Schools Association’s annual Christmas craft fair in BICS. Surprisingly, few of his clients are parents. Her unique creations appeal to aunts and uncles, grandparents and friends who delight in finding a handmade gift, something that speaks of the love of creation. These customers return year after year as the children they buy for grow up.

But last year there was no craft fair. The pandemic has put an end to one of the island’s favorite Christmas traditions. Lacking access to her customer base, West has been steadily adding to the selection of jerseys she will be offering this year. The craft fair is back, albeit in a slightly modified way. (See below for details.)

West first learned to knit as a youngster after World War II. Her family had fled Latvia, and her mother wanted to pass on many of the skills a girl was supposed to know: knitting, cross-stitching, and writing a pretty letter. Elise didn’t take up knitting again until she was twenty. She asked her mother to take a refresher course and since then she hasn’t let go of her needles. Vests, cardigans and sweaters – she made them all as gifts and for her own family.

Because she knits at night, West doesn’t like to do intricate designs. Instead, she expresses her creativity through her choice of colors, patterns and yarns.

When she started knitting children’s sweaters, she had one rule: sweaters must be machine washable. (Put them in a pillowcase, tie them up, and wash them in cold water, gentle cycle. Don’t put the sweaters in the dryer, or they might pill.) She doesn’t use either more wool because it can be too irritating on a child’s skin.

And because his sweaters are hand knitted, they tend to be much more durable than mass-produced knits. Sometimes when she volunteers at the Knick Knack Nook, someone will donate one of his sweaters. Although he’s known for his durability, if a sweater shows signs of wear, she’ll take it home and freshen it up before returning it to the Nook to resell.

His recycling also includes finishing the knitting of others. People sometimes start a project and quit for a myriad of reasons. They donate it, along with the wool, to the Nook and it picks up where they left off. Yarn donations are also welcome at the Nook. West says people sometimes bring her yarn especially for her, but she buys it from the Nook at the same price it’s offered to customers: 50 cents for a small ball and $1 for a larger one.

Knowing that the past year has been tough on people, West is lowering his prices this year as a pandemic survival offering.