Tracing the evolution of hand crochet in Xinzhuang

In 1992, a new district of Minhang appeared in Shanghai through a combination of the old district and the county of Shanghai. Vast changes took place as the neighborhood went through its urbanization process. An artery that connects Minhang to downtown Shanghai, Humin Road, of patriotic origin, helps the district adapt to urban prosperity. The neighborhood also sticks to traditional and unique elements. Use this column as a guide to explore Minhang, its changes and what remains the same as you trace along Humin Road.

The Xinzhuang town of Minhang, which was connected to Humin Road in 1959, turned into a place frequented by lace merchants to distribute raw materials and collect finished products, after the opening of the Shanghai- Hangzhou in 1909 and set up a railway station there.

This story traces the origin of Xinzhuang crocheting, the height of its development, to the late 20th century, when this local way of life tiptoed into an industrialized era and the burgeoning of craftsmanship in as intangible cultural heritage in the 21st century. 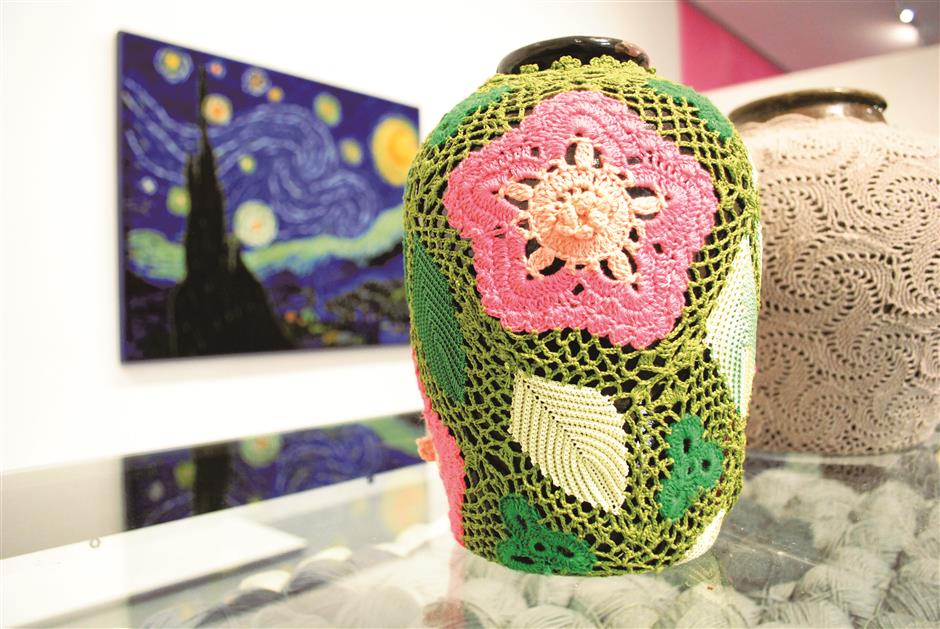 The meeting of East and West

Shanghai’s experience in weaving and knitting dates back around 6,000 years when the Songze people, the ancestors of the people of Shanghai, showed their skill in weaving fishing nets. Around the Ming (1368-1644) and Qing (1644-1911) dynasties, women in and around Shanghai began to grind scale beams, hairpins, and chopsticks into crochet needles and made daily necessities like snoods, hats and cotton thread bags. .

Meanwhile, in the West, the Renaissance drove the popularity of lace production in European countries. Aristocratic men used lace extensively to decorate their wrists, collars and socks.

John Levers, an Englishman from Nottingham, invented the Leavers machine (a machine for making lace) in 1813. As lace looms became nearly functionally perfect after 1840, the production of hand lace in Europe began to move to China, Turkey, Sri Lanka, Paraguay and Brazil.

The Shanghai Jesuit Society moved to Tushanwan in the Xujiahui area in 1847. During the construction of Xujiahui Cathedral in 1869, the Jesuits recruited orphan girls into their embroidery, sewing and lacing workshops to give them a livelihood. The laces they produced were mainly exported to European countries.

The craft was introduced to Minhang via Nanzhang Cathedral in Xinzhuang City and Qibao Cathedral in Qibao City.

The lacing craftsmanship of Europe merged well with the traditional knitting and weaving skills of Shanghai. Local women came up with an important innovation by replacing bobbins with crochet needles to simplify the process and enrich the designs. Merchants sought to profit from their labors and propelled the rapid development of contemporary Shanghai lace industry. In 1919, the export value of Shanghai lace products accounted for three quarters of the national total. 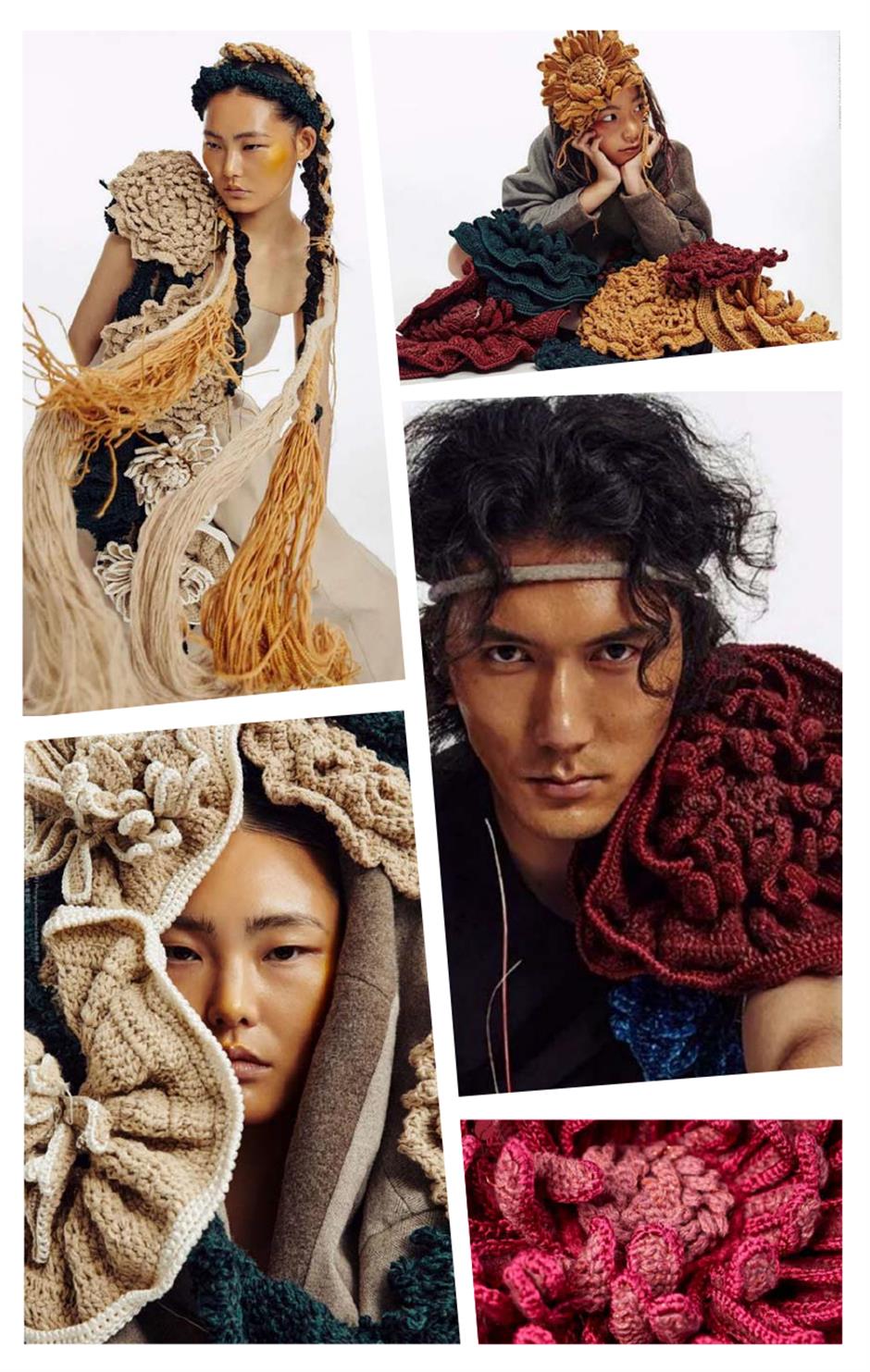 More than a livelihood

To succeed in a fashion-conscious overseas market, constant innovation in lace design was essential. Merchants recruited young and middle-aged women who could not only crochet, but also read sample patterns and even create patterns.

Driven by a booming market, many innovative crocheters emerged in Xinzhuang, and business in the area flourished. The Xinzhuang hook therefore earned its name.

The founding of the Xinzhuang Lace Factory in 1979 and the relocation of the Handicraft Factory from Shanghai to Xinzhuang in 1965 boosted the craft industry. Merchandise categories are multiplying, from simple floral patterns and lace ribbons to mittens, bags, hats, rugs, bedspreads and suits.

In the 1980s, the company expanded to other areas in Shanghai and the neighboring provinces of Jiangsu and Zhejiang, with nearly 100 raw material distribution sites.

In Xinzhuang and neighboring areas, the number of people engaged in crochet production has reached 100,000, and the goods have been exported to more than 30 countries.

Her interest in crocheting began when her father was a schoolteacher in Xinzhuang.

She then became a technician at the Shanghai Handicrafts Factory and was respected as a master crocheter at the age of 30. In the late 1970s and early 1980s, Qiao studied fashion design at a fashion institute in Hong Kong, which enabled her, when the craft factory later disbanded, to create her own crochet-related design companies.

In the early 1990s, when people’s aesthetics became more refined and many crochet enterprises went out of business, Qiao instilled modern painting and carving into traditional crafts, an innovation that consumers embraced. . Her book “300 Cases on Shanghai Crochet Art”, published in February 1990, sold 100,000 copies when first printed.

Qiao died at the age of 48 due to illness. 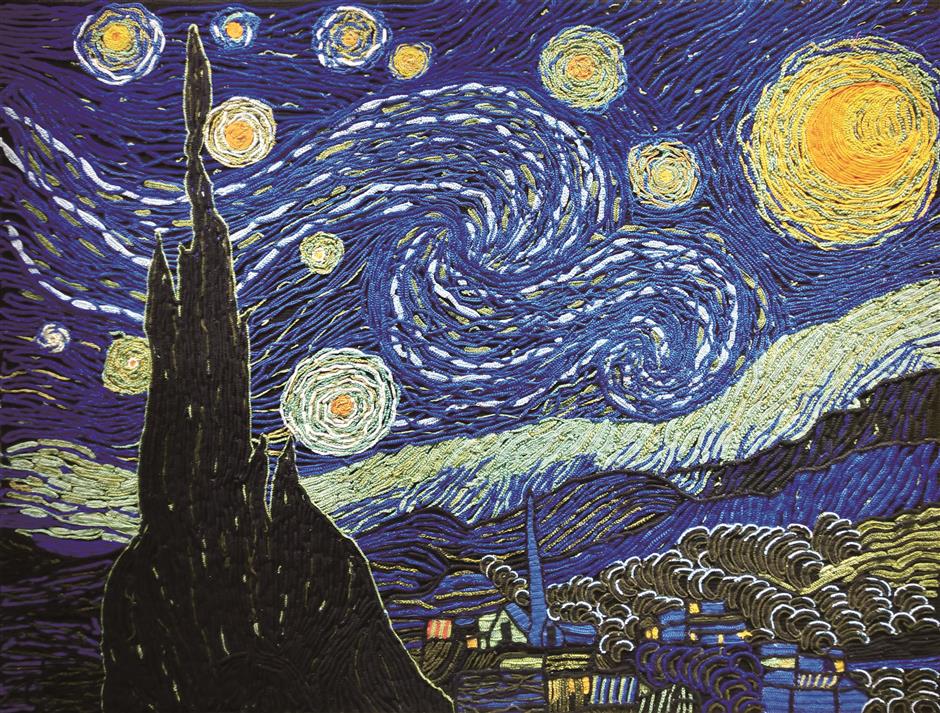 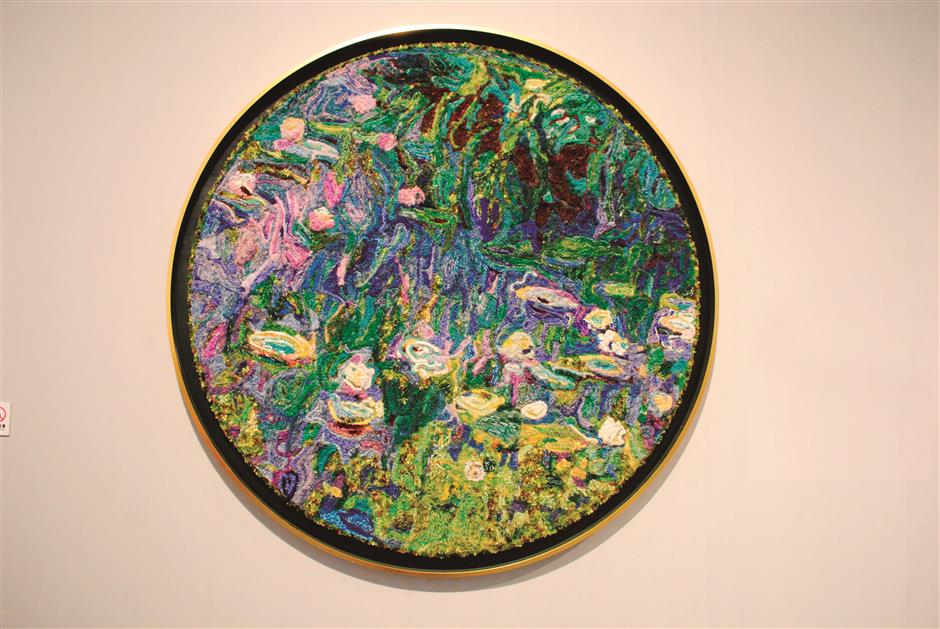 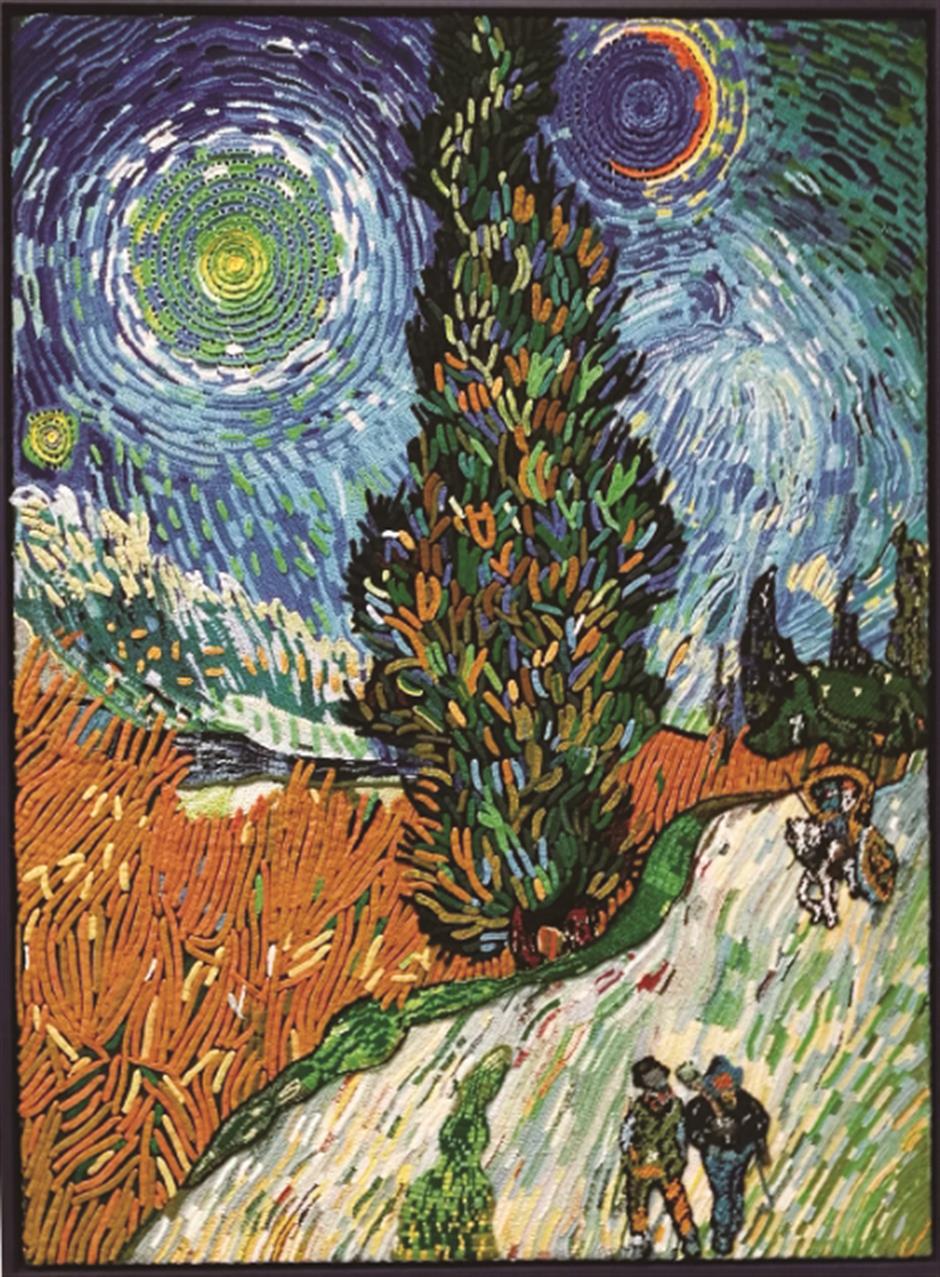 The rise of a cultural asset

By the end of the 20th century, machinery and computerization put the local hand crochet industry on a downward slope.

The Xinzhuang Lace Factory underwent structural reform in 1995, with its lace production business declining and eventually dying out. Meanwhile, the Shanghai Handicraft Factory has gradually lost its talent and advantage.

Urban and rural residents of Xinzhuang bid farewell to a passing livelihood, but they did not panic.

The suburbs of Shanghai have rapidly urbanized in the 21st century, and the majority of people in Xinzhuang no longer rely on crochet lace for a living.

As early as 2006, Xinzhuang launched a continuing education program for cultural heirs. In 2007, the hook was listed as one of Shanghai’s first batch of intangible cultural heritage items.

Lin, who learned crochet from his mother and grandmother, had a chance to study with Jin Longhua, a city-level crochet heir, and work with other heirs including Mao Jingfang. , Zhu Yueqin and Sun Yingdi.

They promoted the cultural object by making crochet umbrellas, qipao (a one-piece traditional Chinese dress), handicrafts and tapestries, and organized transnational exchanges in China and abroad.

“Crocheting differs from weaving and embroidery in that a work can be one-dimensional or three-dimensional,” Lin said. “People carry a piece of yarn with a crochet needle, twirl a needle, twist or double yarn, or loosen yarn. There are over 40 basic stitches, 74 traditional patterns, and eight basic combinations.”

The clothes, in earth tones and made from Tibetan fabrics, were decorated with crocheted flowers in safranin, earth yellow and highland cattle white.

2022-08-23
Previous Post: Look for these handicrafts on your next trip to the mountains
Next Post: Stitch by stitch, Miao embroidery wins new fans