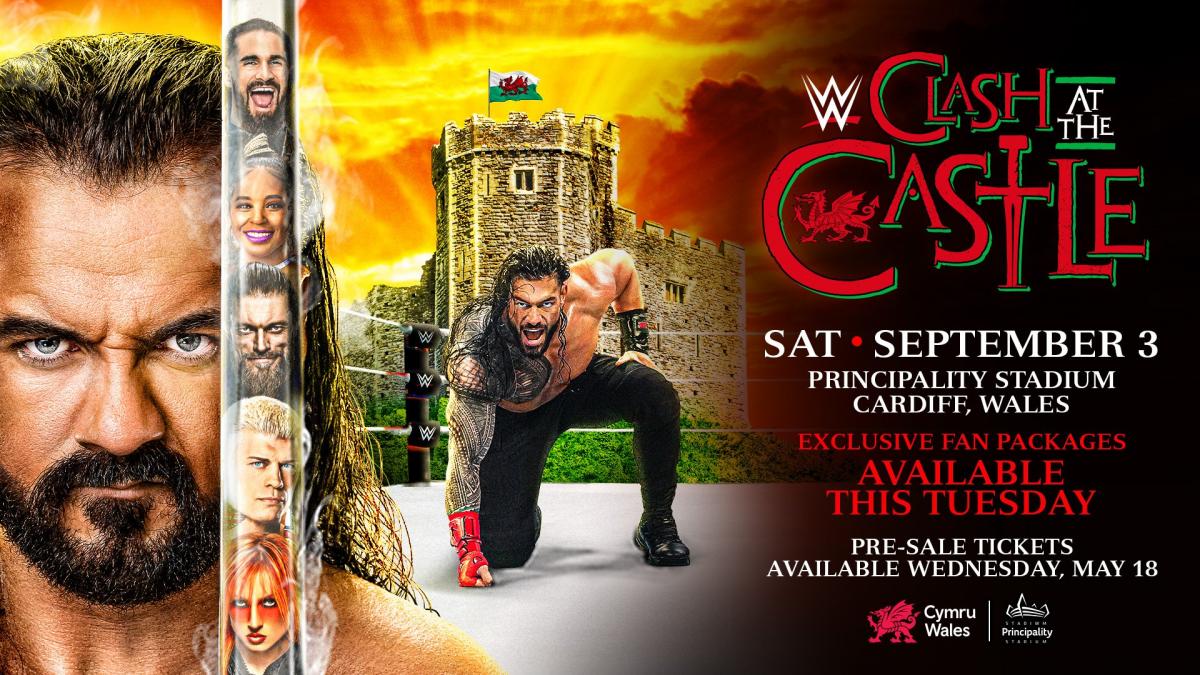 Have you ever wondered what would happen if the worlds of pro wrestling and knitting collided? Well, wonder no more. Step forward with these unusual memorabilia from Clash At The Castle.

The words “wrestling” and “unusual” tend to go together, but even by those standards, a knitted WWE Championship belt is a bit out there.

However, two special items from Wales-based knitting and creative workshop group Twin Made have proven that these two very different worlds can collide with some very fun results.

The WWE Championship belt and sweater was presented to Drew McIntyre in celebration of WWE’s upcoming Clash At The Castle live event. The unique pieces are made from 100% local sheep’s wool and will be exhibited at the National Wool Museum after the event.

“The Championship title is a knitted replica of the iconic WWE version, created to celebrate the event’s signature match between Roman Reigns and Drew McIntyre. The sweater incorporates cultural motifs such as Cardiff Castle, a Welsh love spoon and the national flag – Y Ddraig Goch, meaning ‘the red dragon’ – alongside WWE elements such as a ring, the Clash at the Castle title and logo. A team of 11 Twin Made knitters spent 69 hours expertly crafting these striking keepsakes.

Charlotte Peacock, founder of Twin Made, described the unusual assignment as a “dream project”.

“It was a dream project for me and my fellow knitters. We had so much fun coming up with the designs and creating something that weaves in Welsh traditions with symbolic references to this historic sporting event. Our entire team of knitters can’t wait to see all the action unfold at the Stade de la Principality on Saturday night.

WWE fans can view the sweater in person at the National Wool Museum, located in Drefach Felindre, Llandysul, where it will be on display from September 12 to November 3, 2022. The sweater will then be gifted to one lucky WWE fan on the networks social, via the Instagram page @wweuk.

Tune in to ‘Clash at the Castle’, emanating from the Principality Stadium in Wales, on WWE Network and BT SPORT 2 from 6:00 p.m. on Saturday, September 3.

You can also follow all the action live and as it happens here with Inside The Ropes.

2022-09-02
Previous Post: Katrina Kaif wears the most colorful crochet polo sweater worth Rs 35,000
Next Post: Did you love Katrina Kaif’s crochet polo crop top with denim pants in the gorgeous morning photo shoot? It is worth ₹35k | fashion trends